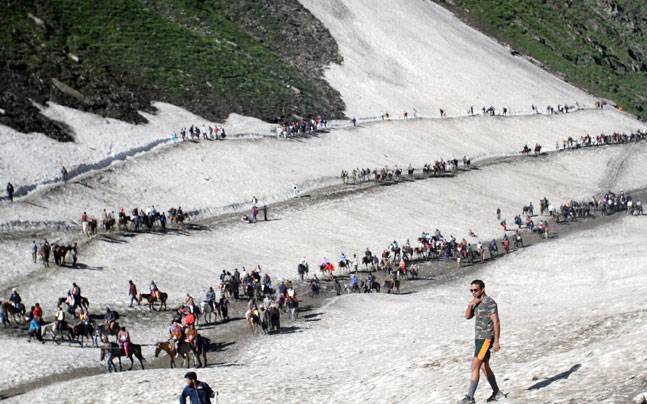 The deaths in the July 10 terror attack on a Amarnath Yatra bus rose to eight on Sunday after an injured pilgrim died in a Srinagar hospital, the police here said.

Lalita Ben was admitted in the Sher-e-Kashmir Institute of Medical Sciences (SKIMS) Soura in Srinagar, a police official said.

The unescorted bus from Gujarat came under attack in Batengo area of Anantnag district on the Srinagar-Jammu national highway. The attack left 18 others injured.

The passengers travelling in the bus were not registered with the Shri Amarnath Shrine Board (SASB), nor was the bus part of the escorted yatra convoy.

The state police said the attack was carried out by the Lashkar-e-Taiba.