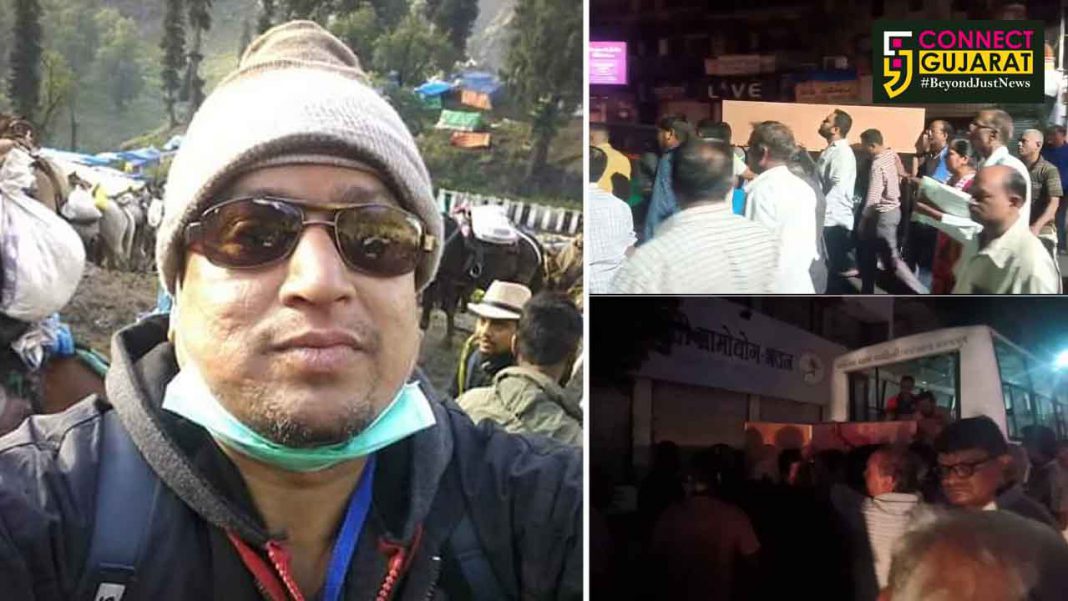 Amarnath pilgrim from Vadodara died while returning back after the darshan at the holy cave. As per the information from friends Ankit Choksi health detiriorated at Chandanwadi and he was shifted to the medical facility where he died during treatment. He was cremated late evening on Tuesday by his friends and relatives in Vadodara.

Ankit Choksi went to Amarnath pilgrimage with the first group of Seva Dasta on 26th June and visited the holy cave on 30th June. As per details while returning back his health began to detriorate and he was rushed to nearby medical facility where he died during treatment.

Ankit is resident of Raopura Anastu Tekri and works in a shop in Mangal Bazaar. His body arrived in the city late evening on Tuesday and later cremated by friends and relatives with tears in their eyes.