In the year 2020, when everything came to a halt with the lockdown due to COVID 19 pandemic, people at large chose to spend the additional hours at home binge-watching shows and movies. Entertainment was the only escape from the harsh realities prevailing in the world throughout the year. In these challenging times, when the […] 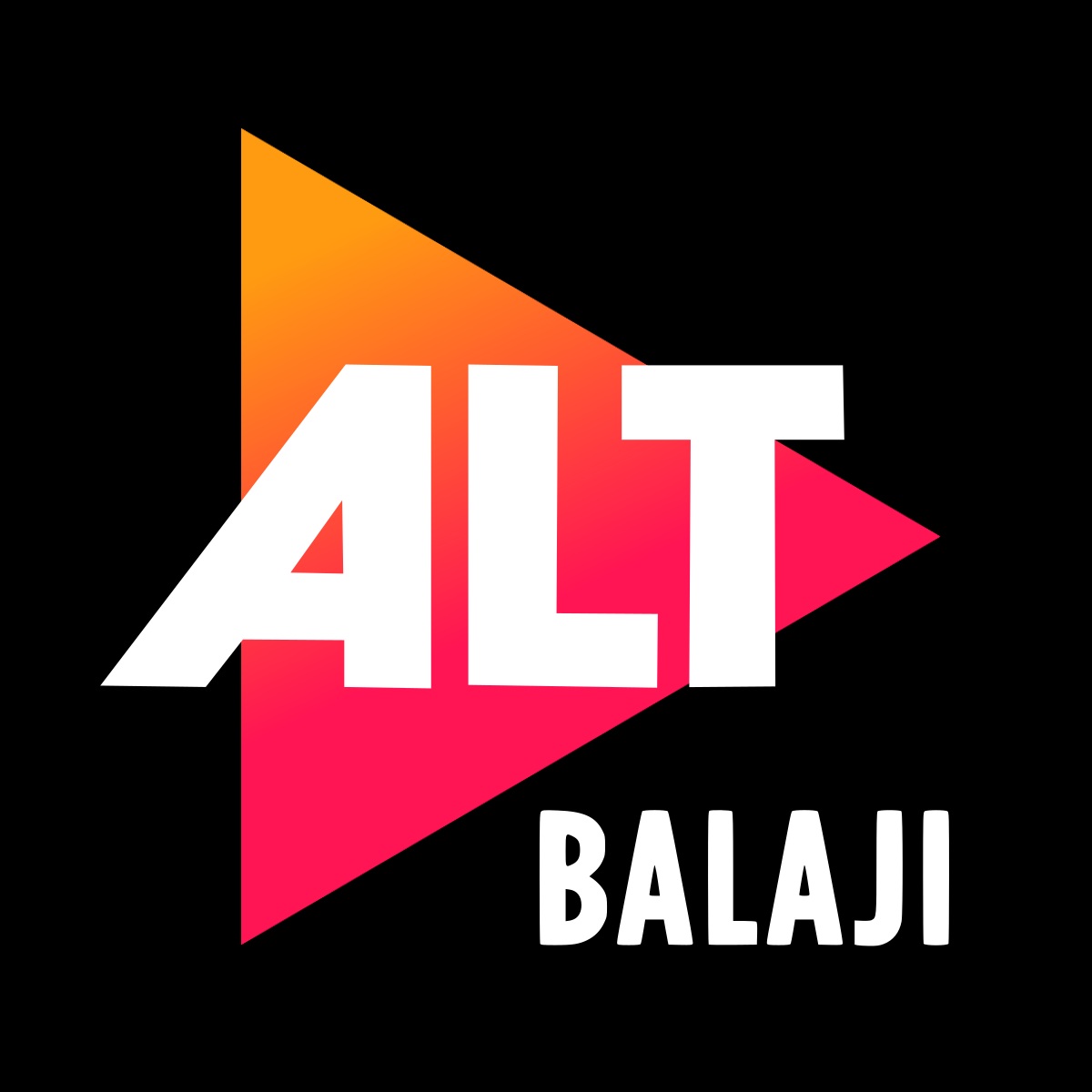 In the year 2020, when everything came to a halt with the lockdown due to COVID 19 pandemic, people at large chose to spend the additional hours at home binge-watching shows and movies. Entertainment was the only escape from the harsh realities prevailing in the world throughout the year.

In these challenging times, when the production of shows had also stopped, ALTBalaji, one of India’s leading homegrown OTT platform, shone amidst all adversities and managed to entertain viewers with its unique stories and amazing clutter-breaking content.

It indeed was a remarkable year for the homegrown streaming platform having launched as many as 18 originals. Serving engaging content to the masses with an array of most riveting shows, the platform has emerged as the fastest growing and most talked-about OTT platform in India with as many as 70 originals as part of its diverse and robust content library.

Building on the momentum in 2020, ALTBalaji is all set to ring in the new year with an exciting lineup of shows. These include Broken but Beautiful Season 3, Apharan 2, The Test Case Season 2, Dev DD Season 2, Puncch Beat Season 2, Crashh, LSD- Love Scandal and Doctors, Bang Baang, The Married Woman. Add to that, with offerings such as Hello Ji, Bekaaboo Season 2, Hum Se Humsafar, Cartel, Blackwoods, and Mirror in the pipeline as well, ALTBalaji is well on its way to smashing the century mark with 100 Hindi Originals by the end of 2021.

This year has been a fruitful year for the webspace as streaming platforms, both global and homegrown garnered a resounding growth in subscriptions and views. ALTBalaji has left no stone unturned in giving the perfect dose for entertainment during the pandemic.

After launching the highly-successful crime thriller Apharan in 2019, ALTBalaji launched a host of crime thrillers like Bicchoo Ka Khel, Mum Bhai and Dark 7 White genre going on to become the flavour of the season.

As far as ratings go, some of its popular shows like Bicchoo Ka Khel ranks amongst the top-10 highest-rated crime thrillers on IMDb with 8.9, Mentalhood, which marked the digital debut and comeback of Bollywood diva Karisma Kapoor is rated 8.1 on IMDb. At the same time, Bebaakee and Dark 7 White, enjoy an IMDb rating of 8.5 and 8.3.

Dominating the Hindi OTT category, more than 56% of consumers come from Tier 2 and 3 cities and 75% of consumers are less than 35 years. More than 20% audience comes from the International Diaspora. ALTBalaji is easy to purchase and most affordable OTT in the country. ALTBalaji app remains in the top 5 paid apps consistently for the last 3 years.

Providing wholesome entertainment all year round, ALTBalaji launched the most-awaited show of 2020, Paurashpur, a magnum opus as a year-ender treat to the viewers. Paurashpur is a one-of-its-kind web series that promises to entertain the audience with its gripping storyline, lavish costumes, high-quality production design, and talented actors like Annu Kapoor, Milind Soman, Shilpa Shinde, Shaheer Sheikh amongst others.

The awards and recognition are the biggest testaments to the stellar work ALTBalaji has consistently showcased throughout the year. From Ekta Kapoor, the content czarina, herself winning White Page International Top Inspirational leaders of India to ALTBalaji winning the Digital company of the year at ET Now Business Awards and India’s Most Admired Brand 2020 at White Page International, the year has seen ALTBalaji add several feathers to its cap. Add to that, Web-series like Mentalhood and Code M scoop major accolades at INKSPELL- India Content Leadership Awards 2020, Talent Track Awards and Screen X awards.

Among all homegrown platforms, ALTBalaji with the largest number of Hindi originals library with 70 offerings that continue to hook viewers to their screens. With a plethora of diverse content spanning across multiple genres, its programming has something for everyone. Over three years, the platform has grown from strength to strength, going on to build a legacy of iconic shows like Apharan, Mentalhood, Code M, Kehne Ko Humsafar Hain, Broken…But Beautiful, Bicchoo Ka Khel, M-O-M: Mission Over Mars, Cold Lassi Aur Chicken Masala, The Verdict – State v/s Nanavati, The Test Case and Bose among others which have kept viewers hooked to their screens.

The list of upcoming originals of ALTBalaji launching in 2021:

One of the most successful OTT franchises, ‘Broken But Beautiful’ was loved by one and all and still ranks high on the rating chart. The beautiful original music of the franchise is still the top chart numbers amongst the fans. The first two seasons of Broken But Beautiful showcased a tender love story of individuals (portrayed by Vikrant Massey and Harleen Sethi) who meet in the most unexpected of circumstances and soon become a support system for one another. And now, with the new Jodi – Sidharth Shukla, and Sonia Rathee– roped in for season 3, fans can’t wait to know more about the story of Agastya and Rumi!

After the resounding success of Season 1, ALTBalaji’s Apharan – Sab ka Katega is renewed for the second season. Packed with a gripping narrative, unimaginable twists, thrilling storyline, and electrifying situational background score, Apharan is a 70’s style masala entertainer at its very best. The cast and crew of the show is currently shooting in Uttarakhand for the second instalment of the show. Going by the excitement on set, it certainly seems that Arunoday Singh and Nidhi Singh, who played the part of Rudra Srivastava and Ranjana Srivastava respectively, are the most excited. With shooting going on in full swing, the duo performs to the best of their abilities as they look to make the second season all the bigger and better than season 1.

After the success of season 1, ALTBalaji is ready to launch the second season of The Test Case. Season two will see Harleen Sethi playing an army officer named Major Zoya Ali and follow the story of “a woman’s relentless search for a man whom she has to hunt, or else she will not be able to ﬁnd redemption.” It will trace a woman officer’s journey to prove that she can stand head-to-head in a conflict and combat zone and take on the enemy.

Dev DD is set to make things get crazier than your imagination. This modern-day version of Devdas is full of drama, heartbreak, and romantic twists in the lead protagonist Devika’s life. Starring Asheema Vardaan in the lead and Sanjay Suri and Nauheed Cyrusi, it’s time to be hooked to the screen one more time as the saga of love, betrayal and everything in between mesmerizing each one of us.

After the resounding success of Season 1, ALTBalaji’s PuncchBeat is renewed for the second season. Featuring Harshita Gaur, Priyank Sharma, Siddharth Sharma, and Khushi Joshi in lead roles, PuncchBeat is a teen drama series that showcases the story of four students from one of the most prestigious schools in India. Starting as strangers, one sees how this quarter’s lives get intertwined, leading to them becoming best buddies. This youth-based show is packed with a whole lot of fun, Masti, drama and you guessed it, pranks. Always ready to outdo each other, we see these kids have a blast enjoying every moment of their lives.

LSD – Love Scandal and Doctors is India’s first medical thriller which revolves around a murder and finding out whether it was planned or accidental. What adds to the mystery is that the ones charged with the incident are five interns at a hospital, leaving us questions if these future doctors are the saviours or traitors of life. The show showcases the power, politics, nepotism & competition and the lure to be the best. Shot against the backdrop of a murder investigation, LSD sees five interns traverse through tumultuous times that test their friendship, loyalty, choices of what makes them a doctor making for a show that you’ve never seen before.

‘Bang Baang – Sound of Crimes’ is set to be a visual spectacle for quintessential action cinema lovers and will leave the viewers glued to their seats. The original web-series involves mystery, suspense, dhamakedaar action, and youth drama loads amidst deep-lying secrets that unravel one by one.

The Married Woman is a love story, based on Manju Kapur’s famous book ‘A Married Woman’, that began during the times of unrest in the country revolves around two beautiful souls – Aastha & Peepli, who love rose beyond religious, gender, and societal conditions to find each other.

Apart from above-mentioned shows, some other shows that will be launching in 2021 are Hello Ji, Bekaaboo Season 2, Hum Se Humsafar, Cartel, Blackwoods, and Mirror.