All women Express and Logistics company 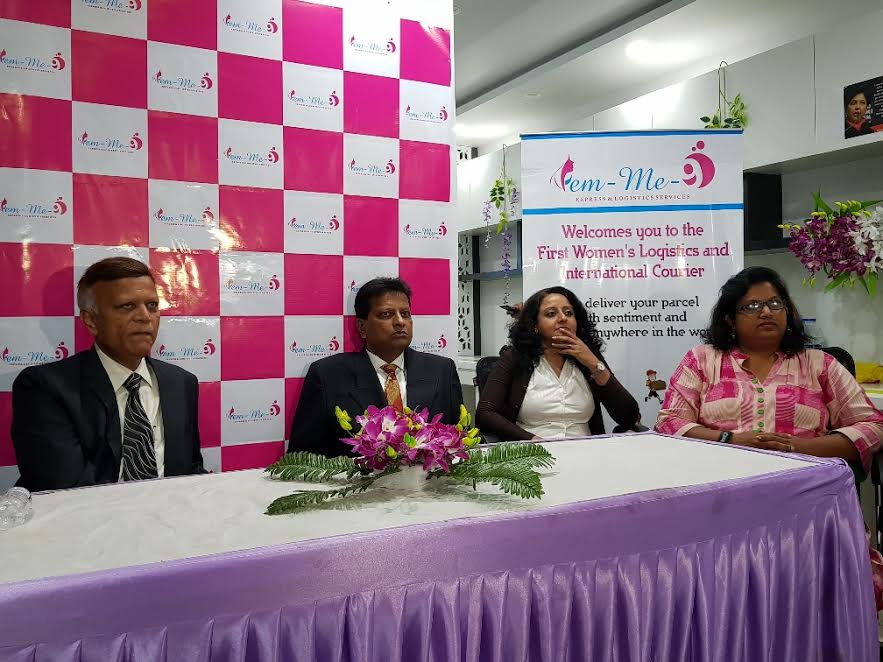 India’s first all women running logistics and International courier company started in Vadodara with an aim to empower woman in the male dominated courier industry. Fem Me 9 express and logistics services are one of it’s kind with women running the whole thing from office, packaging, delivery and others. The concept is probably the first of its kind all across the world where the women run an International logistics company without any male in their team.

The logistics and courier industry is one of the fastest growing industry and from the start it’s always a male dominated. However to break the shackles the Fem Me 9 starts the logistics company in Vadodara with an all women staff. The idea is to give employment to the women and mane them empowered. “The main idea is to give employment to the women and make them self dependent. The logistics and International Courier company is first of its kind where the staff is all women from top to bottom. The women involved in pickup, packaging, delivery, shipping and even driving to deliver the courier. We also deliver emotions and sentiments in form of the courier to the doorstep and also discuss the concept with the people after deliver the parcel to them,” said Shikha Panda partner Fem Me 9.

Shikha along with Hansa Makwana from Dubai came up with the idea and contact Shrikamt Naik retired DCP from Mumbai and Anil Jadhav veteran in the courier industry. Both Naik and Jadhav helped them in to bring their dream into reality. “During my tenure as the DCP in Mumbai we started a concept of women patrolling in the city and the crime rate came down and no cases of chain snatching happens during the women patrolling. Taking the same concept we planned the thing along with the two partners to start the all women courier company with an aim to empower them,” said Naik. He also added that to start the concept from Vadodara is because of Sir Sayajirao Gaekwad who at his time introduce and pushed girls education under his ruling.

Jadhav who has 36 years of experience said that the all women courier company is the first concept in the male dominated courier industry. “From the start the males dominates the courier industry but this concept is something very unique as from top to bottom all are women to run the company. We gives them training about every department and for the first time a company enters in International Courier and cargo industry with a all women staff. The most impressive is that the company starts few days ago and they already received the 500kg shipment order,” said Jadhav.

After starting from Vadodara Fem Me 9 target Ahmedbad and rural areas of Gujarat. Afterwards they planned to extend their services in other states like MP, UP, Rajasthan, Chennai and Telangana. “Our primary aim is to empower women and give them employment. We started with an initial investment of 2 crores and with a 15 member staff. Later we plan to invest another 500crores in next six months and give employment to 50,000 women in one year time,” said Shikha Panda.