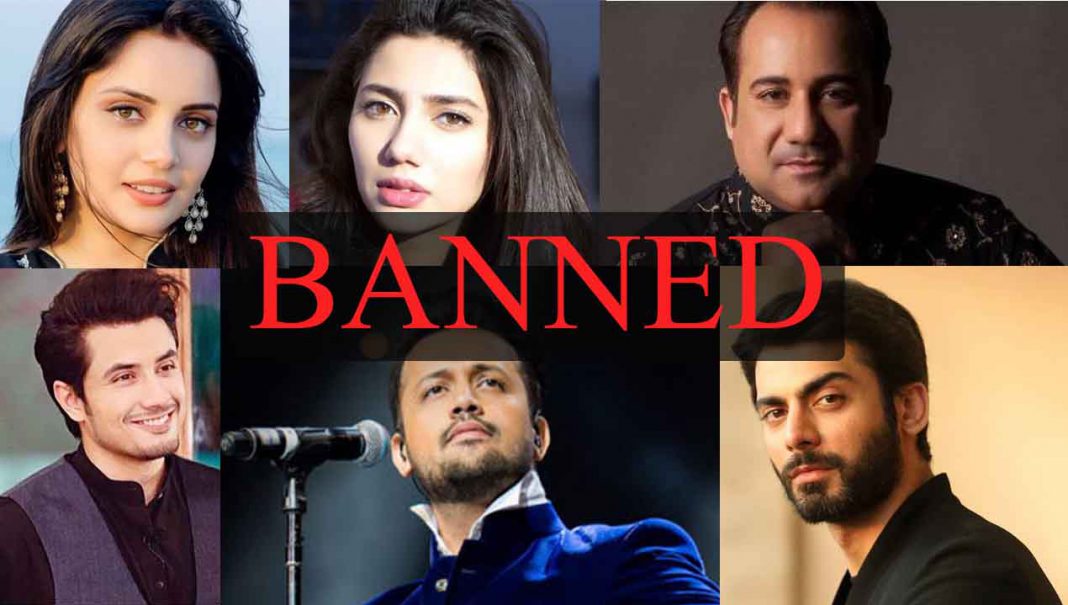 As India mourns the death of 40 soldiers killed in the 14th February suicide bombing in Jammu and Kashmir’s Pulwama district, All India Cine Workers Association (AICWA) on Monday announced a total ban on Pakistani actors and artists working in Indian film industry. 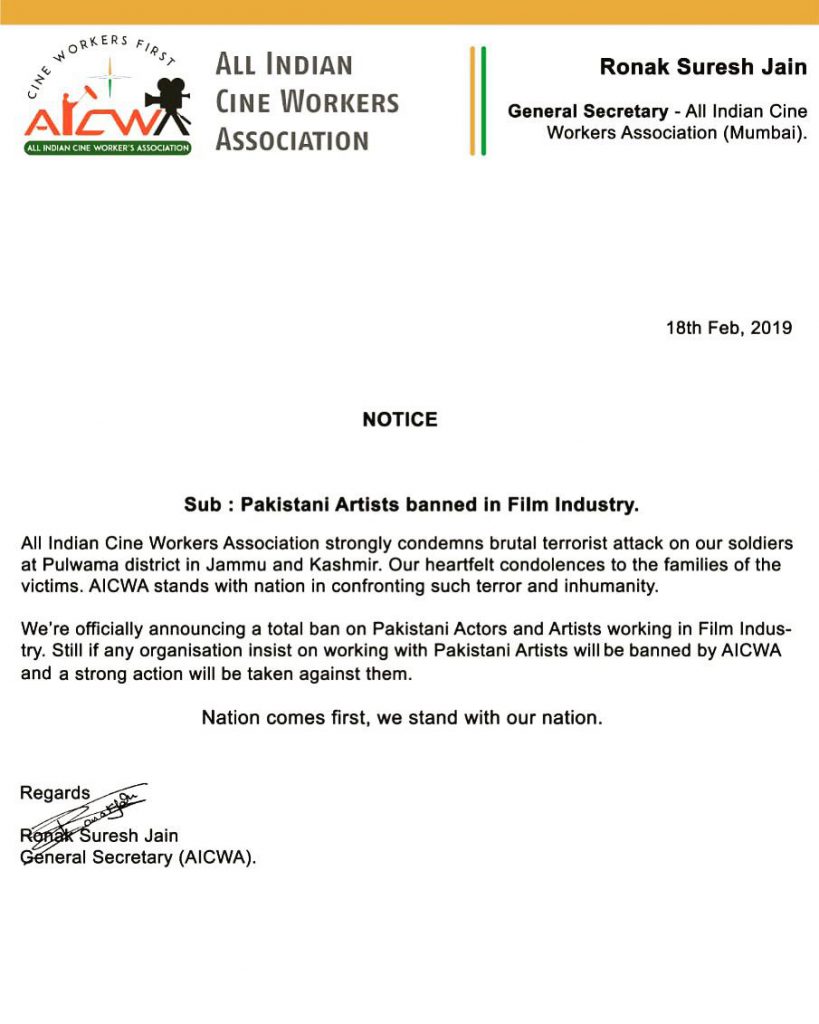 In a notice shared on Twitter on Monday, AICWA said it would ban and take strong action against any organisation that insists on or is found working with Pakistani nationals.

We’re officially announcing a total ban on Pakistani Actors and Artists working in Film Industry. Still if any organisation insists on working with Pakistani Artists will be banned by AICWA and a strong action will be taken against them. Nation comes first, we stand with our nation.”