All doctors must practice in rural area for 2 years: CM Yogi Adityanath 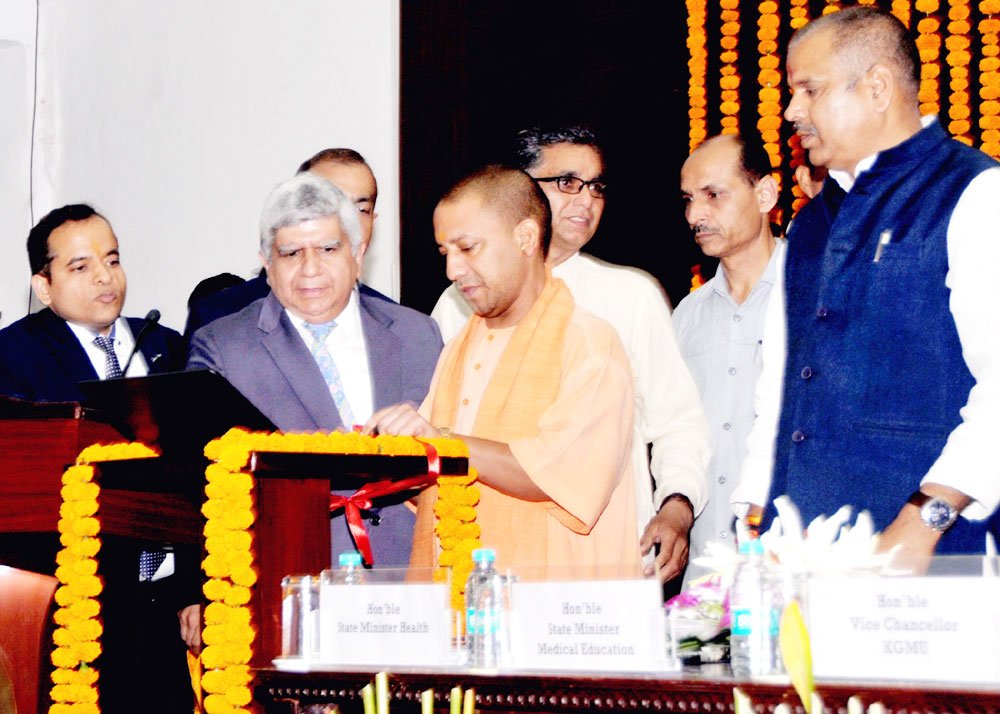 Expanding critical care services at King George's Medical University (KGMU), 56 new ventilator beds were inaugurated by chief minister Yogi Adityanath at the university on Wednesday. With 88 such beds existing in the facility already, KGMU now has a total of 144 ventilator beds.

Speaking at the occasion, Yogi did not only bring up the issue of frequent cases of brawls and scuffles between patients, attendants and doctors but also reprimanded doctors for private practice along with collecting salary from government service. Pointing out that assault cases had been on a rise over the past five years, Yogi said it was because doctors were losing out on their sensitivity towards patients.

"Half of the patient's treatment is successful if only doctors talk humanly and are sensitive," he said. Yogi also recalled a few incidents from Gorakhpur explaining that down the years, the poor had started to consider a doctor as a 'butcher' who looted them and should be ill-treated.

Pointing out that most doctors request for city postings where they take up private practice, Yogi requested MBBS graduates to give their services in village PHCs and CHCs for at least two years. "Services in rural areas will be better and cut off urban load too," he said. "Doctors should understand that the government spends money on their education which should make them responsible towards the public which chooses the government," he added.

ogi also pointed out that while government facilities buy equipment at a price higher than private institutions, maintenance there is of the lowest level. "Private facilities work with a machine for not less than five years but at government institutions, the equipment breaks down only after a year. Why can't we get them serviced annually and take up insurance? If not we are cheating the public and it also raises suspicion against our nationalism," he said.