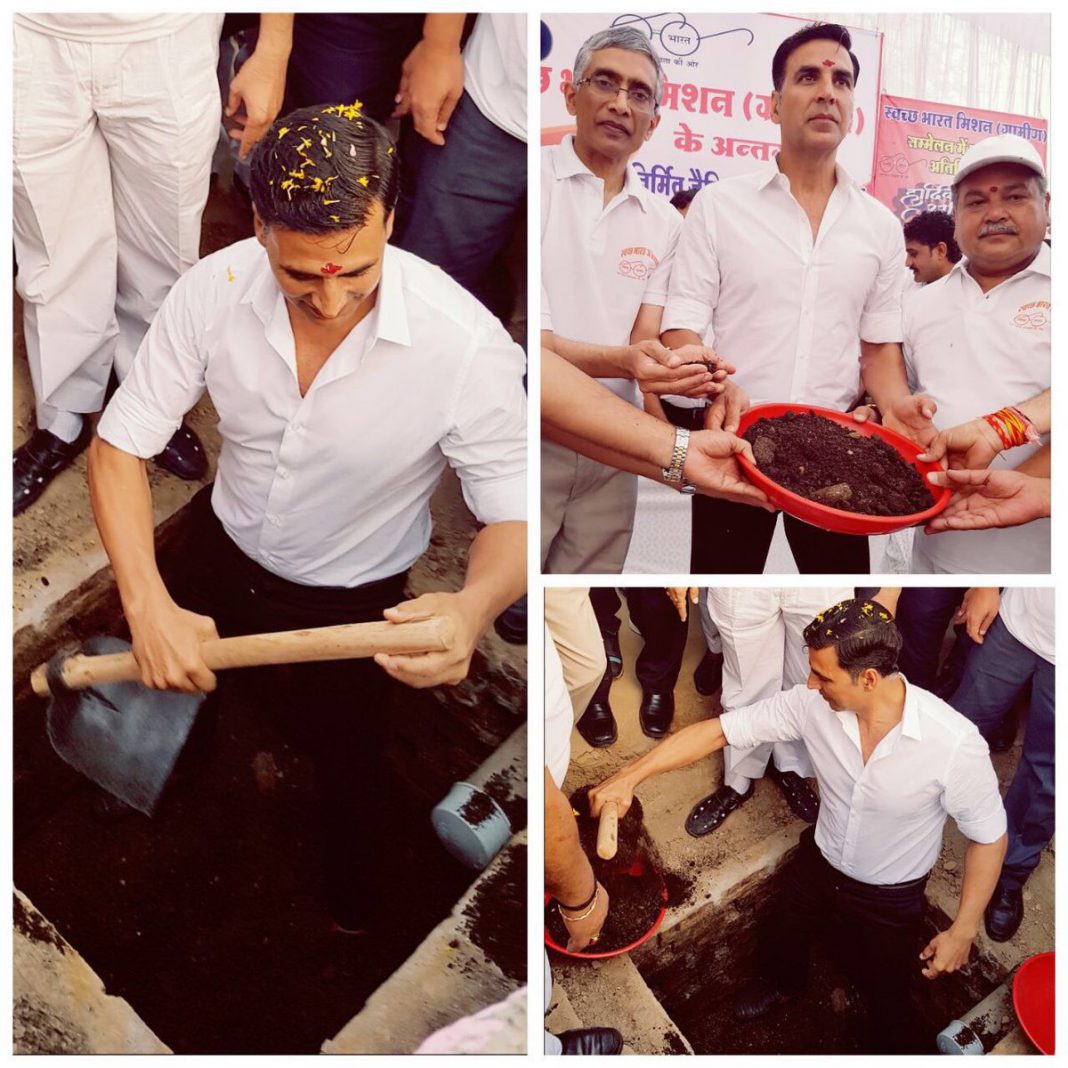 Bollywood Star Akshay Kumar, who is working on a movie titled “Toilet: Ek Prem Katha”, took time out to dig a toilet here.

He also posted images in which he is seen in a pit, and using a digging spade to make space for the facility to promote hygiene. In another image, he is seen standing beside Union Minister for Rural Development, Drinking Water and Sanitation Narendra Singh Tomar.

The actor had tweeted that the film is an “unusual love story”.