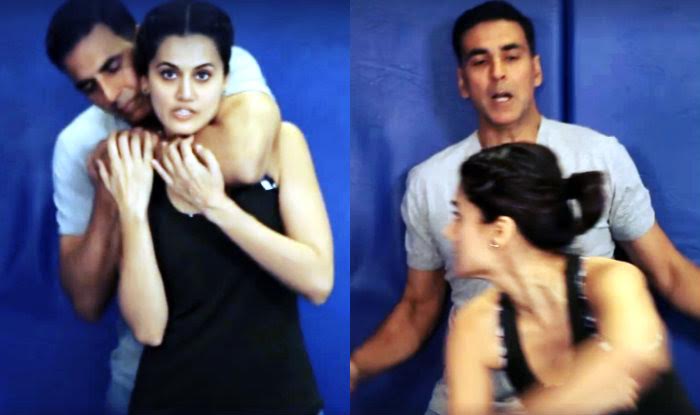 In her upcoming film Tapsi performed high and action and now she became idol for the other girls and women. Tapsi’s stunts in her movie inspires the girls and women to go for her own safety.

Tapsi learned all the stunts from action superstar Akshay kumar and performed the same on him. Like Akshay Kumar post a video on Twitter where he showed how the girls used their elbows to knock down the boys. The stunt is such that the boy think twice before to do such thing again.

Tapsi Pannu get training of Kudo from the Kudo center of Akshay Kumar and with her film she trying to spread the message that never back out if anyone trying to eve tease them.

This is a very inspiring thing for the ladies and now they can learn and save themselves.