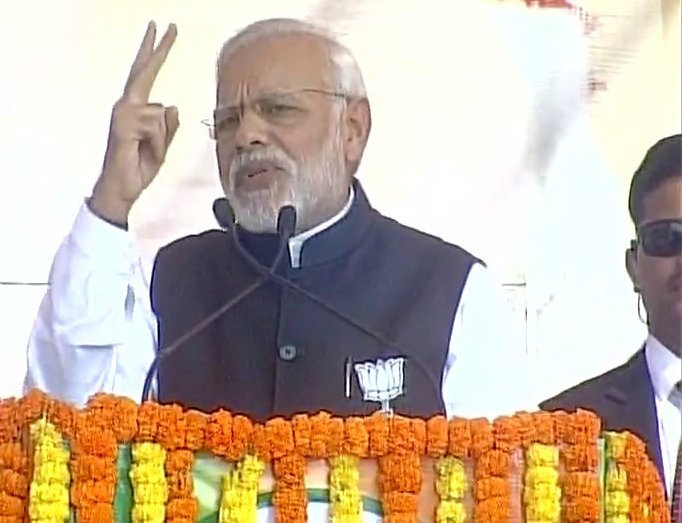 Addressing a Bharatiya Janata Party rally here, he charged the Akhilesh Yadav government of “destroying” the state and called upon the people to vote for the BJP to usher in development.

“When Akhilesh became the Chief Minister, being young and educated, people had hopes from him. But he not just disappointed them, rather destroyed the state,” said Modi.

“Today women in Uttar Pradesh do not dare to venture out in the open after sunset. Such is the situation, that girls are apprehensive of going to school because of molesters and eve teasers. This is all because the criminals are sheltered by your leaders,” said Modi targeting Akhilesh.

He also ridiculed the Samajwadi Party-Congress alliance and asserted the BJP would probe all scams under the Akhilesh regime if it came to power.