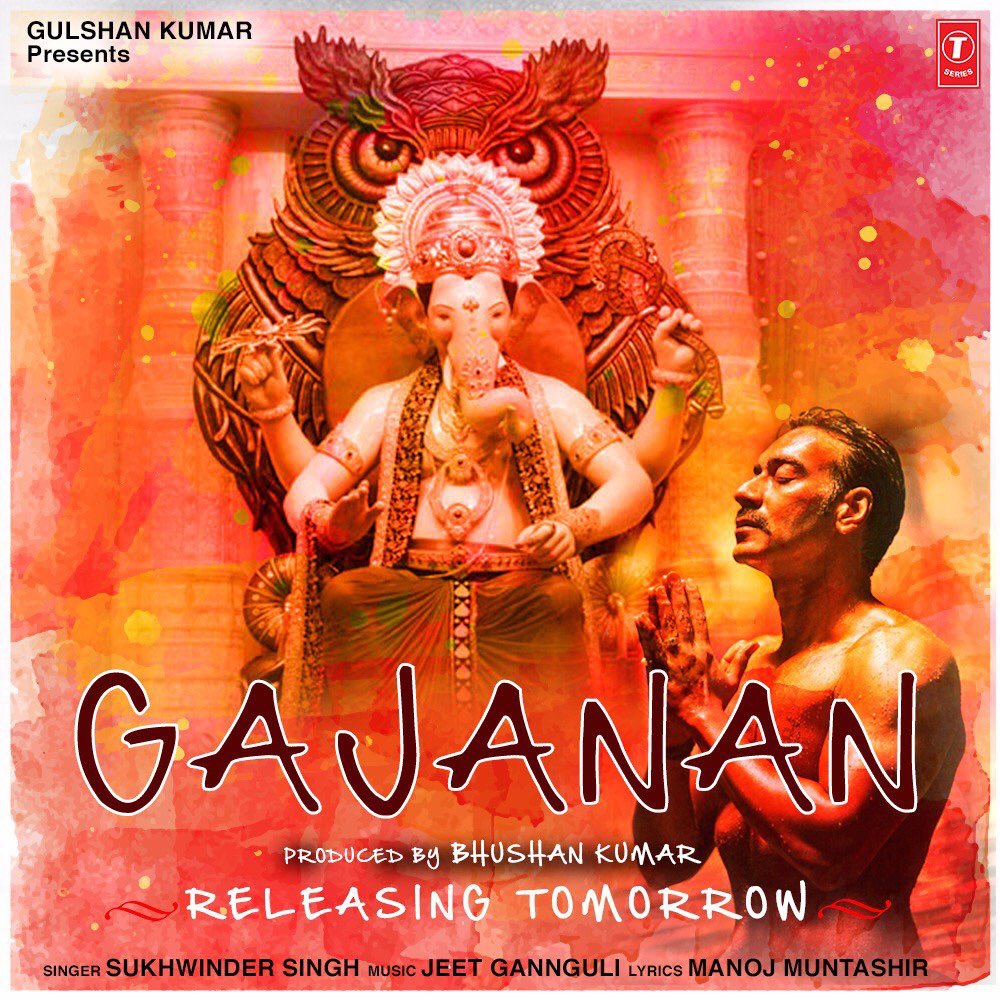 T-Series chief Bhushan Kumar is coming out with a complete range of devotional singles, starting with “Gajanan”.

On the auspicious occasion of Ganesh Chaturthi on Monday, T-Series launched “Gajanan.”

“Gajanan” has been composed by Jeet Gannguli, sung by Sukhwinder Singh with lyrics by Manoj Muntashir.

While the audio version of the song has been launched, a special video is being created where the euphoria surrounding Lord Ganesha will be captured in a unique way by director Ahmed Khan.

Ajay will visit Mumbai’s famous Lalbaugcha Raja on Thursday, and the video will be released on Sunday.