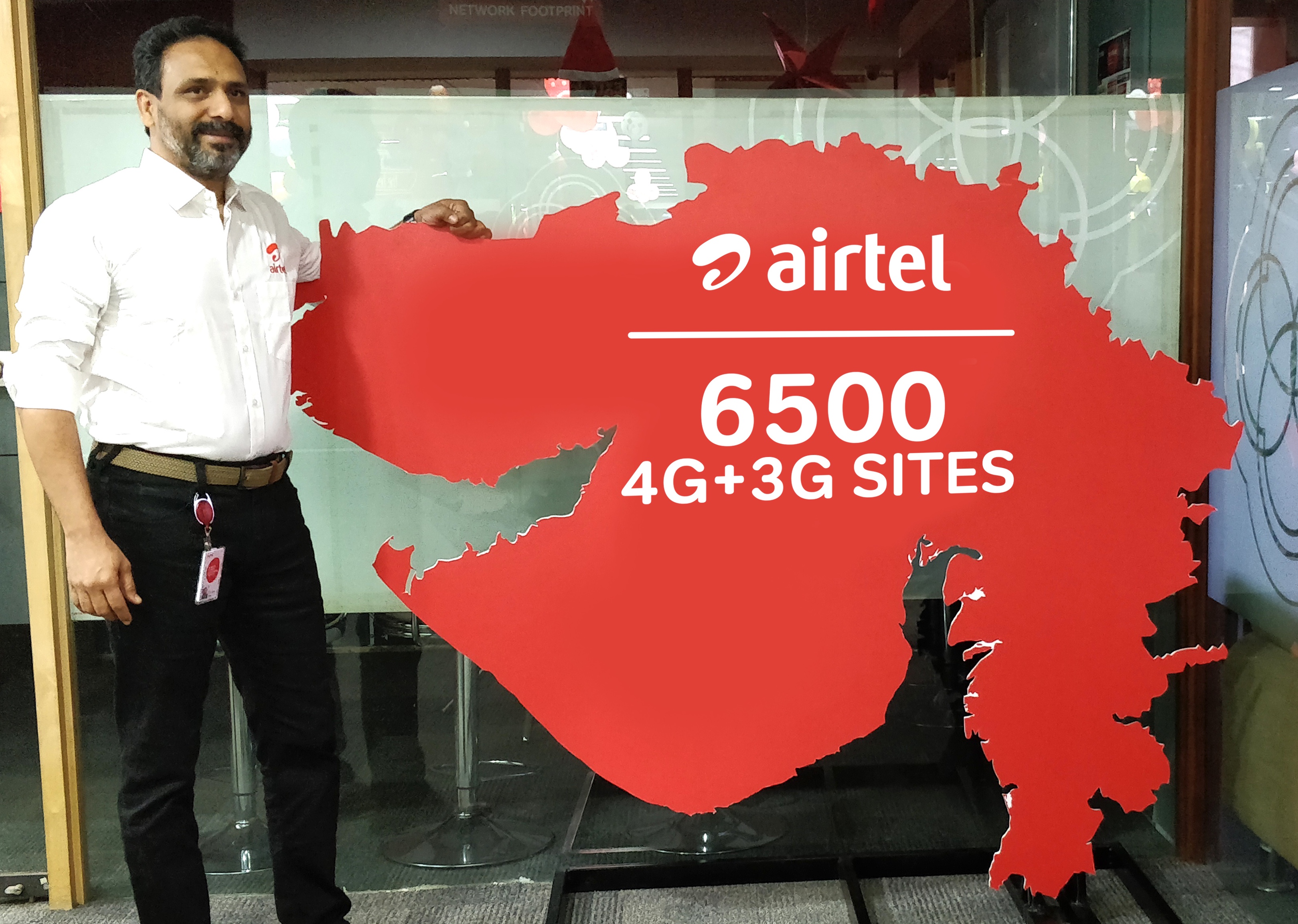 Bharti Airtel announced the readiness of 6500 mobile broadband sites (4G+3G sites) across Gujarat, expanding the availability of world-class high speed data services to more than 7250 towns and villages in the State.

In the expansion process, Airtel has installed one new 4G site every 90 minutes in the past 6 months to cater to the surge in the high-speed internet needs of the users and to collaborate with the Government’s vision of Digital India. The expansion would also augment the reach of Airtel’s VoLTE services in Gujarat enabling high-definition voice quality and faster call set up for its 4G users.

Besides doubling its transmission capacity, Airtel has also strategically scaled up its mobile backhaul capabilities and extended its fiber backbone to 12300 KMs, ensuring a top class future-ready network.

This network expansion across Gujarat would not only extend Airtel’s geographical coverage, but would also offer higher indoor and outdoor speeds and a superior mobile broadband experience.

Commenting on the development, KC Narendran, Chief Executive Officer – Gujarat, Bharti Airtel said, “Keeping in mind the fast evolving usage habits of the new-age mobile internet user and the ever increasing smartphone penetration, we are delighted to take our mobile-broadband capabilities to the next level with 6500 sites, ably backed by strengthened and scaled up infrastructure. As the leading mobile service provider in the country, we are glad that we are able to contribute significantly towards the Government’s vision of Digital India with our enhanced speeds, reach and coverage.”

This network expansion is a part of Project Leap – Airtel’s nationwide network transformation program to build a future ready network. The Company has committed an investment of Rs 60,000 crores across India under this program.

In the last two years, Airtel has deployed 180,000 mobile sites across India. This is same as the number of mobile sites deployed by the company in the first 20 years of operations, making it one the largest mobile network rollouts globally.