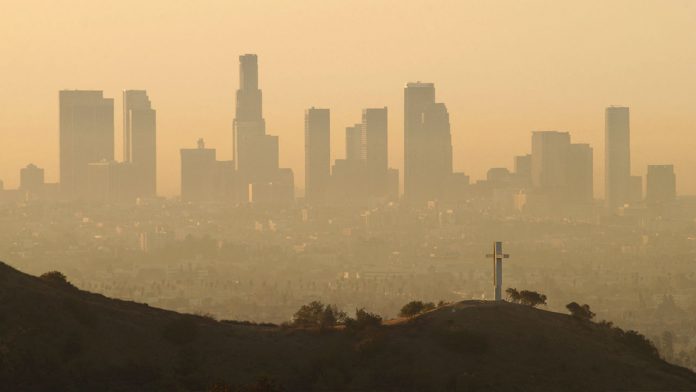 Elderly women exposed to tiny air pollution particles may face an increased risk of dementia, including Alzheimer’s disease, a study has found.

The findings showed the fine particulate matter (PM 2.5) — coming from power and automobile plants — could invade the brain and wreak havoc in older women who live in these places.

The air quality of those places which exceeds the US Environmental Protection Agency’s standard of 81 per cent were more likely to experience global cognitive decline.

These women were also 92 per cent more likely to develop dementia, including Alzheimer’s.

“Microscopic particles generated by fossil fuels get into our body directly through the nose into the brain,” said Caleb Finch, Professor at the University of Southern California (USC).

“Cells in the brain treat these particles as invaders and react with inflammatory responses, which over the course of time, appear to exacerbate and promote Alzheimer’s disease,” Finch added.

The effects were stronger in women who had the APOE4 gene — a genetic variation that increases the risk for Alzheimer’s.

For the general population, the risk was nearly 21 per cent, the researchers said.

For the study, published in the Nature journal Translational Psychiatry, the team analysed data of 3,647 of 65- to 79-year-old women who did not have dementia.

In another experiment, the scientists chronically exposed female mice carrying the APOE4 gene to nano-sized air pollution for 15 weeks.

The results showed that the exposure of mice to air particles damaged neurons in the hippocampus — the memory centre vulnerable to both brain ageing and Alzheimer’s disease.

In addition, mice predisposed to Alzheimer’s disease accumulated as much as 60 per cent more amyloid plaque — the toxic clusters of protein fragments that furthered the progression of Alzheimer’s.