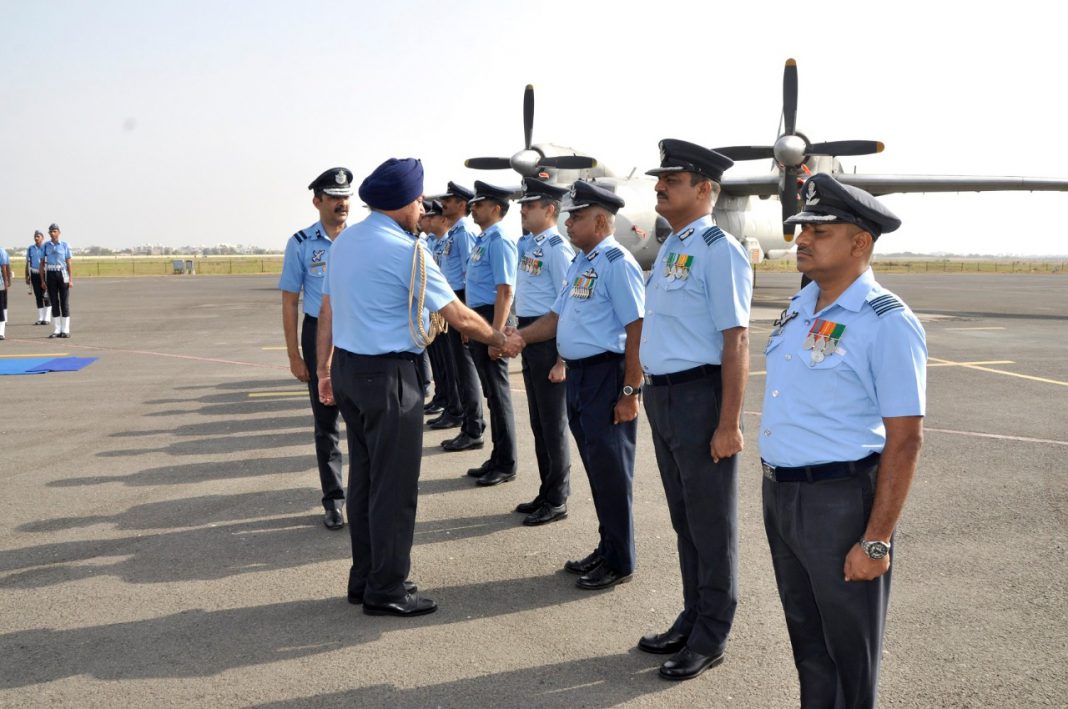 On arrival, the Air Marshal was presented a customary ceremonial Guard of Honour by the Station and briefed about ongoing activities at the station. The Air Marshal addressed the station personnel and appreciated the vital role played by this premier air base of South Western Air Command. He exhorted the air warriors to continue their good work and remain ever vigilant. He also inspected important installation of the base and complimented the station on maintaining very high degree of preparedness especially post 25 Feb 19.

Baljeet Arora AFWWA (Regional) was pleased to witness the welfare measures undertaken by AFWWA (Local) for the families of the air warriors. She also visited the Air Force schools at Darjipura and Makarpura and appreciated the manner in which they were being run.

Apart from visiting the ventures at Air Force Station Vadodara, Baljeet Arora also visited an orphanage ‘Missionaries of charity’ at Makarpura and presented utility for improving the living conditions of the resident children as a goodwill gesture.