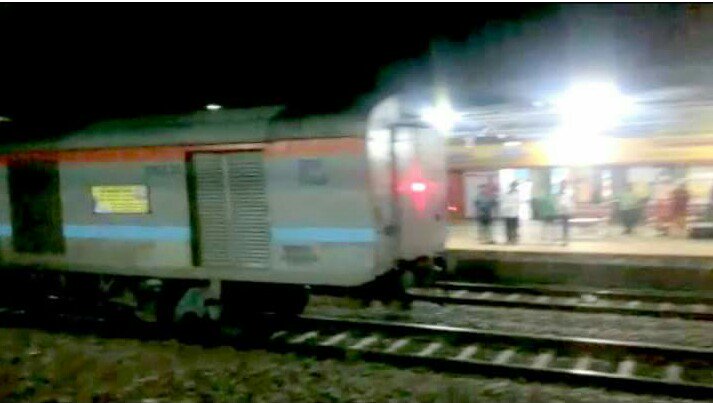 Passengers of the Ahmedabad-Puri express had a narrow escape when its coaches rolled down without any engine for a few kilometres due to non-application of skid brakes in Odisha’s Titlagarh.

The railway staff managed to halt the detached portion of the train by putting stones on the track late on Saturday.

“A case of rolling down of coaches of Ahmedabad-Puri express towards Kesinga side had occurred. This happened due to non-application of skid-brake on the wheels of the coaches by staff concerned,” the ECoR said in a statement.

It said all passengers were safe.

“When engine is detached to be attached at the other end, the coaches should be secured with skids at the wheels. In this case, it appears that the skids have either not been placed or placed improperly. Facts will be known after detailed inquiry,” the statement added.

“Control room at Sambalpur took a very strategic decision. As there was up gradient at Kesinga, they allowed the coaches to travel up to Kesinga without any intervention.

“Stopping the train on a down gradient could have resulted in an accident. The level crossing gates were ordered to be closed by the control room.

“The speed of coaches slowed down on the up gradient making it easier to bring them to a halt,” said ECoR.

“Strictest action would be initiated against the persons for any negligent act endangering safety of trains. Safety is non-negotiable and cannot be compromised with. Any Railway employee found guilty will be taken up severely,” Singh said.