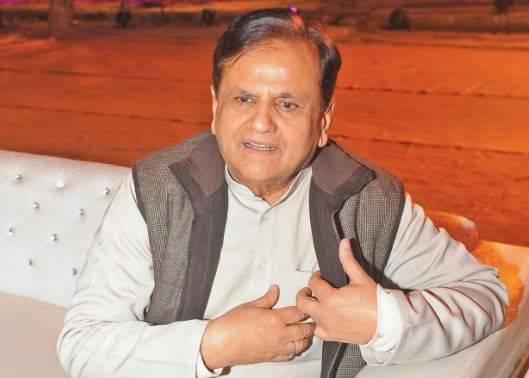 After all the drama and chaos for the whole long day the veteran Congress leader and Ahmed Patel won the Gujarat Rajya Sabha elections after the results declared late in the night. From BJP national President Amit Shah and Union Minister Smriti Irani won their seats.

The all important voting for Gujarat Rajya Sabha elections saw the predictions for the whole day as the ball seems to be juggling in both the courts. With Ahmed Patel fate is on stake the social media is buzzing with accusations, voting and the MLA’s loyalty.

After the voting there was so much of happenings as the Congress put allegations about two of their legislators show their ballot papers to Amit Shah. After that the counting put on hold and the Chief Election Commissioner has to intervene.

The issue seems to be not solving down as the Congress and BJP senior leaders reached the Chief Election Commissioner office in Delhi with their stands. The whole drama continues for the whole evening and later in the night around 11.30 pm the EC declares votes of Congress MLAs Bhola Bhai Gohil & Raghav Bhai Patel as invalid and the counting begins.

After all the ups and downs in the exciting Gujarat Rajya Sabha elections the senior leader and Sonia Gandhi political Secretary Ahmed Patel won and managed to save his seat. He beat Balwant Singh a former Congressman who resigned and join the opposition before the elections.

From BJP Amit Shah the national President of the party and Union Minister Smriti Irani won their seats in the Rajya Sabha very convincingly. Gujarat CM Vijay Rupani and other leaders congratulated both for their victories.

Earlier the whole day of elections was full of speculations and drama as both the parties assured for their victories. As BJP was confident to dethrone the veteran leader Ahmed Patel and almost made preparations for the celebrations. But the Congress also was confident for the victory of their senior leader.

However the two Congress votes for the BJP was the matter of objection raised by the Congress before the counting and the issue went to the Delhi. Both the leaders of the party reached the Chief Election Commissioner office in Delhi and proces their stands. Finally late in the night the two votes stands cancelled and the counting begins.

Before that the voting of Chhotu Vasava was also became the matter of debate as the only JD(U) candidate said he cast his vote to Ahmed Patel but senior JD U leader K.C. Tyagi said the MLA don’t vote for the Congress. However later the General Secretary of JD U Ambalal Jadhav hits out at Tyagi and said that Chotu Vasava will speak and their support is with Patel.