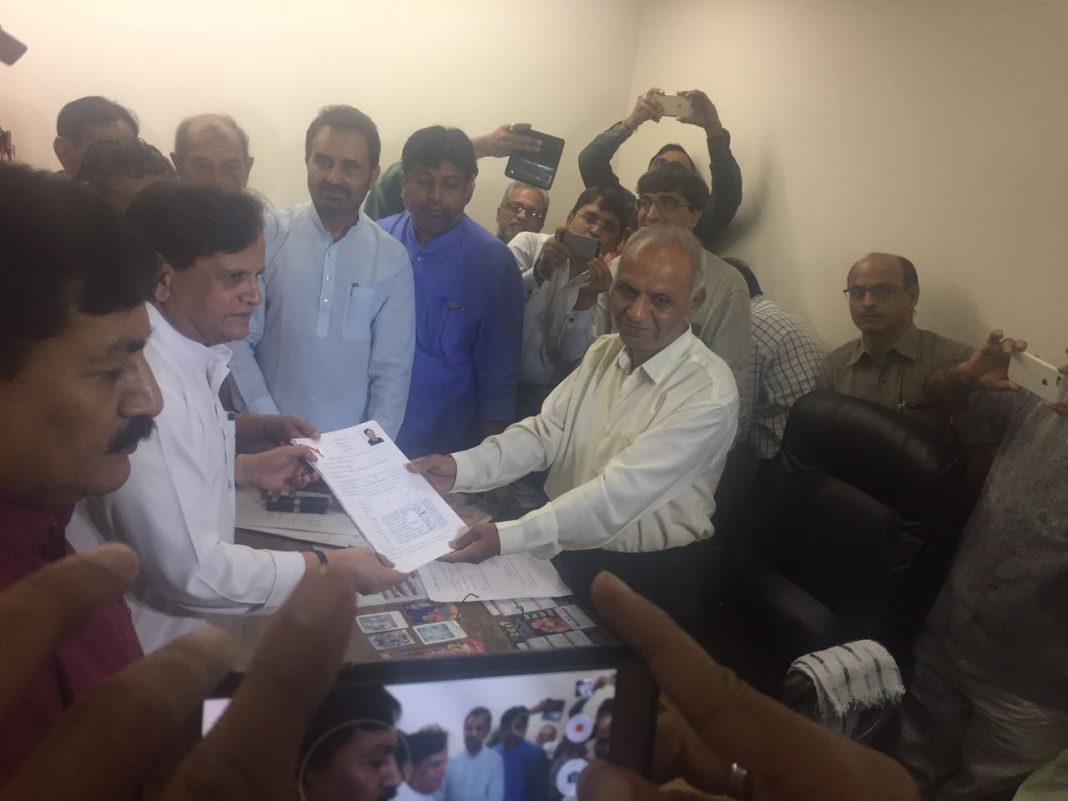 Flanked by state Congress president Bharatsinh Solanki and party national General Secretary in-charge of Gujarat affairs Ashok Gehlot, Patel submitted his papers at the state Assembly in the presence of a majority of the 57 Congress MLAs and one each of the Nationalist Congress Party and Janata Dal-United.

The 67-year-old Congress leader, who hails from Bharuch in south Gujarat, first became a member of the Upper House in 1993. If he wins, this will be his fifth term.

There were apprehensions in the party about Patel being able to get the required 46 first preference votes, given the cross-voting during the July 17 presidential poll when as many as 11 legislators cast their votes for NDA nominee Ram Nath Kovind. 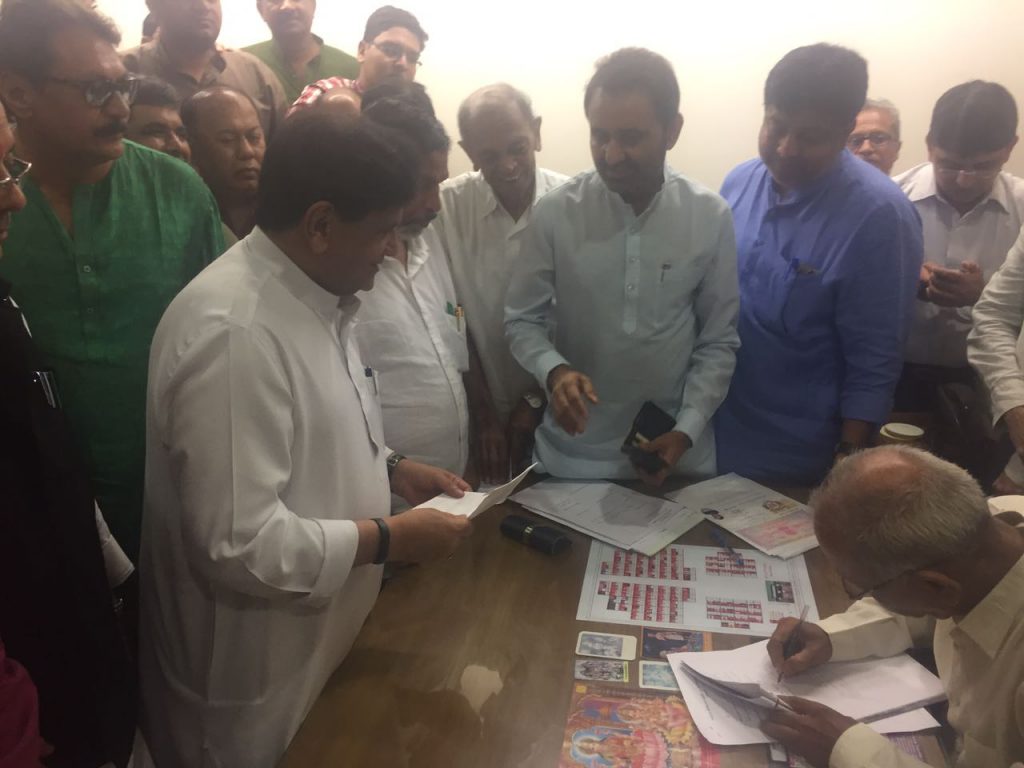 On July 21, Leader of Opposition and veteran party leader Shankersinh Vaghela resigned. He is believed to have the backing of at least a dozen MLAs. Significantly, though Vaghela quit as Leader of Opposition, he announced he will resign as MLA only after the Rajya Sabha polls.

Ashok Gehlot and Bharatsinh Solanki allayed any fears of Patel losing, and claimed the party has the support of two legislators of the NCP and one of JD-U.

Solanki added that a whip has been issued to all the MLAs to vote for the official nominee Ahmed Patel, and if any of them fails to do so, he or she could invite disqualification for six years for defying it. 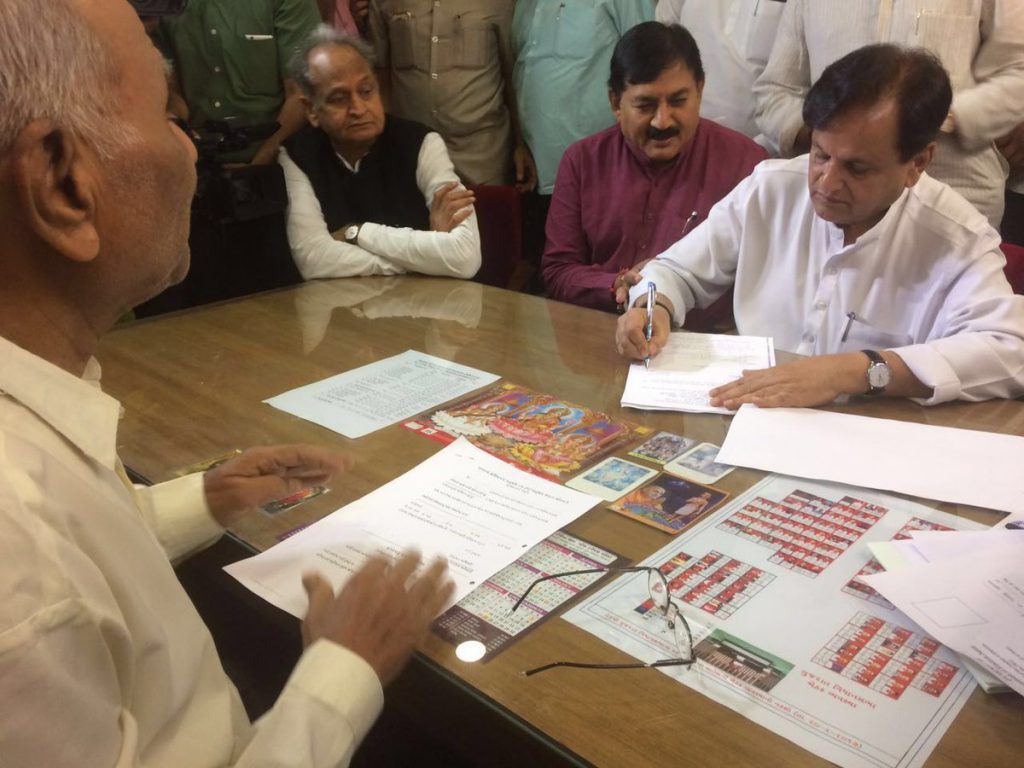 The term of two others, Union Minister Smriti Irani and Dilip Pandya of BJP, also ends on August 18 along with that of Patel.

However, they are yet to file nominations. A decision regarding the BJP members is expected on Wednesday evening during the party’s Election Committee meeting.

The last date for submitting papers for the elections is July 28.