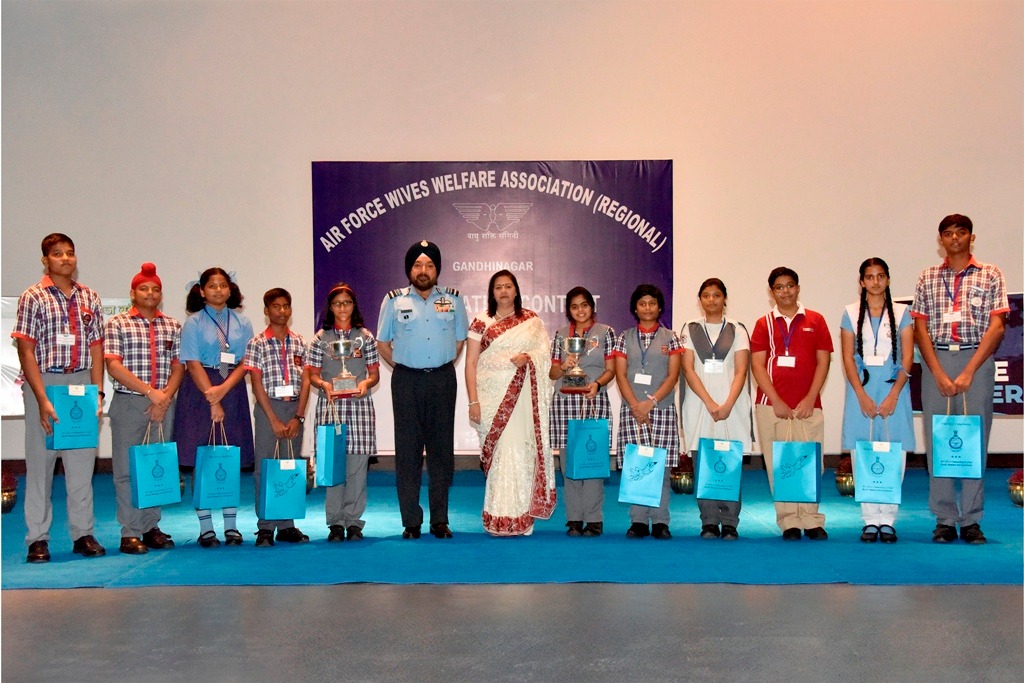 Students from Gujarat, Rajasthan and Maharashtra regions took part in the contest.

Annual Declamation Contest 2019 was conducted under the aegis of Air Force Wives Welfare Association (R), HQ South Western Air Command at Vayushakti Nagar, Gandhinagar. The contest was conducted in Hindi as well as in English for the children of air warriors studying in secondary and senior secondary classes of schools in Gujarat, Rajasthan and Maharashtra regions.

The contest was inaugurated by Baljeet Arora, President AFWWA (R) SWAC where a large number of students of Kendriya Vidyalaya, air warriors and AFWWA Sanginis witnessed the contest. Judges from various local schools were cordially invited for the contest and one of the esteemed judges, Rani Chowdhary also took the stage to enlighten the children about stress management during adolescence.

The 12 participants spoke on various contemporary topics, like effect of artificial intelligence on humanity, importance of military training for youth, national aspirations versus regional aspirations. They also shared some brilliant thoughts on restricting freedom of power of expression, terrorism and anti terror laws, affects of increasing practice of flamboyance in the society and diminishing inter-personal relations.