The Gujarat Assembly has passed the Freedom of Religion Act 2003 Bill. The bill penalises forcible or fraudulent religious conversion by marriage. Gujarat has become the third state after Uttar Pradesh and Madhya Pradesh to pass such legislation against forcible conversion through marriage. The Bill will have provision for 3-10 years in jail and a […] 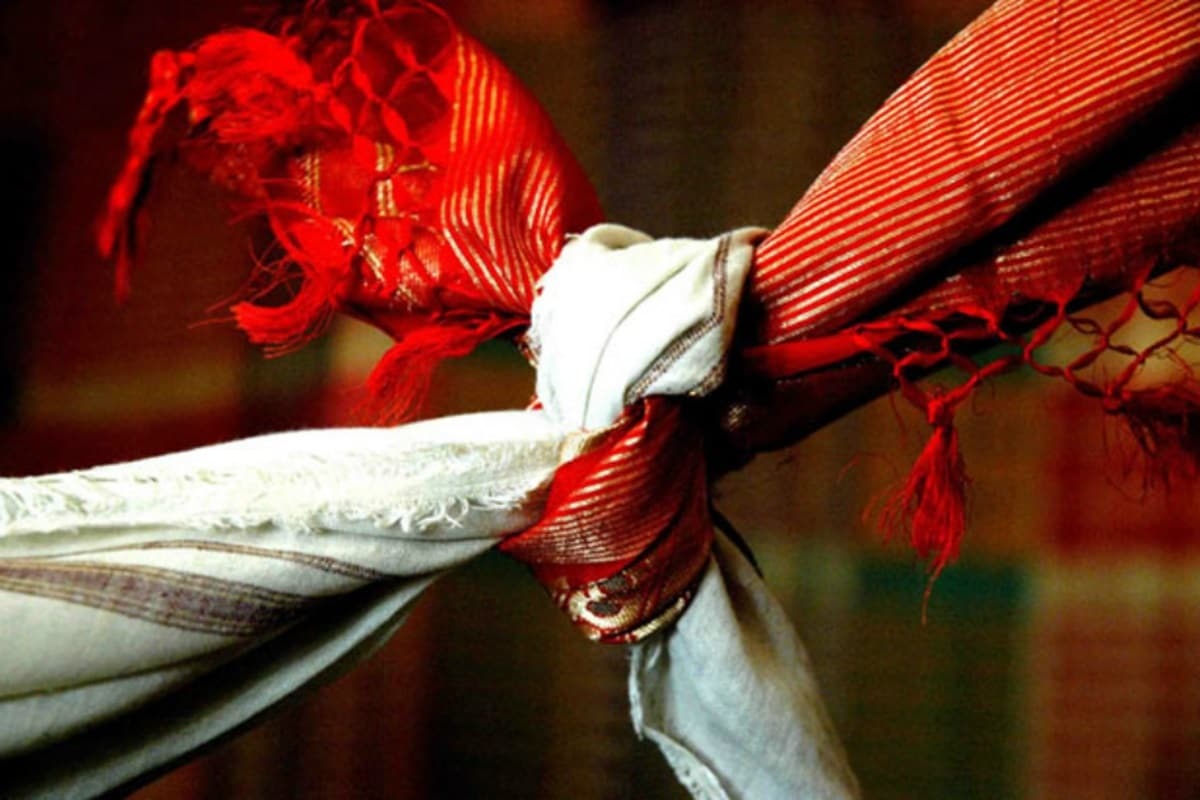 The Gujarat Assembly has passed the Freedom of Religion Act 2003 Bill. The bill penalises forcible or fraudulent religious conversion by marriage. Gujarat has become the third state after Uttar Pradesh and Madhya Pradesh to pass such legislation against forcible conversion through marriage.

The Bill will have provision for 3-10 years in jail and a fine of up to Rs 5 lakh if the accused is found guilty. While it was cleared after a day-long discussion in the state Assembly, Congress MLA Imran Khedawala sparked off a row by tearing the copy of the bill.

The bill amended a 2003 law which penalises religious conversion through coercion or allurement.

As per the government, the Gujarat Freedom of Religion (Amendment) Bill 2021 sought to curtail “emerging trend in which women are lured to marriage for the purpose of religious conversion”. The main opposition Congress voted against the bill.

As per the amendment, a forcible “conversion by marriage, or by getting a person married, or by aiding a person to get married” shall invite imprisonment of three to five years and a fine of up to Rs 2 lakh.

If the victim is a minor, woman, Dalit or tribal, the offender may be punished with a jail term of four to seven years and a fine of not less than Rs 3 lakh.

If an organisation violates the law, the person in charge can be sentenced to a minimum of three years and a maximum of ten years in jail. A fine of upto Rs 5 lakh can also be imposed in such cases.

The bill was passed after a day-long discussion in the House. While introducing the bill in the House Minister of State for Home Pradeepsinh Jadeja said that “love Jihad is a hidden agenda behind religious conversions” and listed such alleged incidents in Gujarat and elsewhere.

Leader of Opposition Paresh Dhanani said love doesn’t see religion or caste. “Love has no boundaries, it sees no religion, no caste, it is a feeling and there should be no curb on it. No one can curb the feelings,” said the Congress leader.

Congress MLA Imran Khedawala tore a copy of the bill saying it was anti-minority.

BJP members wanted Speaker Rajendra Trivedi to take action against him. But Khedawala then tendered apology, so the Speaker did not take any action.

The amendment also provides that a marriage solemnised for the purpose of unlawful conversion shall be declared void by a court. The burden of proving innocence shall lie on the accused person.

Any aggrieved person, his/her parents, siblings, or any other person related by blood, marriage or adoption may lodge an FIR under the law. The offences under the Act will be cognisable and non-bailable and shall not be investigated by an officer below the rank of a Deputy Superintendent of Police.

The amendment also defines “allurement” as promising “better lifestyle, divine blessings, or otherwise”. The BJP government had said it was necessary to prohibit “forcible conversion by marriage” and hence section 3 of the Act needed to be amended.

“The Gujarat Freedom of Religion Act, 2003 seeks to deal with religious conversion through allurement, force or by misrepresentation or by any other fraudulent means. However, there are episodes of religious conversion promising better lifestyle, divine blessings and impersonation,” as per the government’s statement.