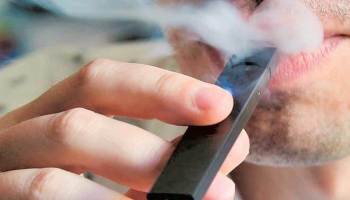 The Congress student in Goa on Friday welcomed the Centre’s decision to ban e-cigarettes in the country and said this step should be taken for all tobacco products.

National Students Union of India (NSUI) Goa chief Ahraz Mulla, in a letter to Finance Minister Nirmala Sitharaman, appreciated the Centre’s move to ban e-cigarettes and said the step will protect the future of the country’s youth.

It also said an official oreser will be brought in to make it an offence and an necessary jail term up to three years as well as fine.

The NSUI appreciates your step to ban e-cigarettes, but at the same time we strongly feel it should further move towards the  consideration of not touching the regular cigarettes and other tobacco products, he said.

Mulla said the selective nature of the ban makes it problematic for the people of the country.

NSUI leader said ,In this exercise what the government failed to mention with equal to health related concern that conventional cigarettes are far more injurious than e-cigarettes,

“The nicotine consumption and the addiction that follows after puffing conventional cigarettes is far more harming than the one caused by e-cigarettes. This doesn’t mean e-cigarettes are non-injurious to health, he said.

“Taking this into consideration the NSUI Goa strongly demands that the government should also ban the regular cigarettes and other tobacco products which are the main cause of tobacco related deaths and kill every second person who consumes them,” he said in the letter.