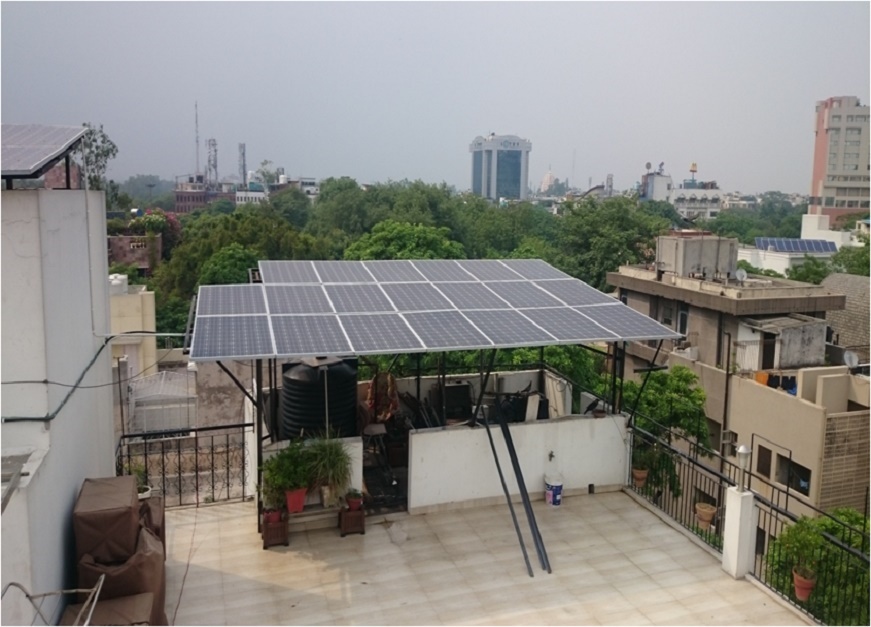 Delhi Chief minister Arvind Kejriwal inaugurated a 140 kWp solar PV plant at Milan Vihar cooperative society in IP Extension on Sunday. The society now use solar power for their need and according to officials many more will follow the same.

According to officials, the plant will generate 1.7 lakh units in a year and the society will earn Rs 3.4 lakh per year as generation-based incentive.

The recent surge in solar rooftop plants is the result of government’s efforts to make Delhi a ‘solar city’. The power department’s Energy Efficiency and Renewable Energy Management Centre had empanelled vendors for installation of rooftop solar PV plants on buildings at competitive rates. “Through this, group housing societies having a large potential for solar energy can benefit through Central Finance Scheme and generation-based incentive,’’ said an official.

With 1,365 rooftop solar systems installed having capacity of 90 MWp, Delhi has the most number of such systems in comparison to other states. “Of this, 5 MWp capacity systems have been installed in the domestic sector. It is because of mass-scale adoption of solar energy in Delhi,’’ said an official.

Discoms said a 1kW solar photovoltaic (PV) rooftop system is expected to generate 4-5 kilowatt hours (kWh) of electricity per day, resulting in an average monthly saving of about Rs 750 for a period of 25 years for single-point delivery consumers. “To set up the solar plant, a 30% capital subsidy is provided by the ministry of new and renewable energy, along with Rs 2 per unit generation-based incentive,” said a discom official.