After CBSE, four states postpone board exam amid Covid surge 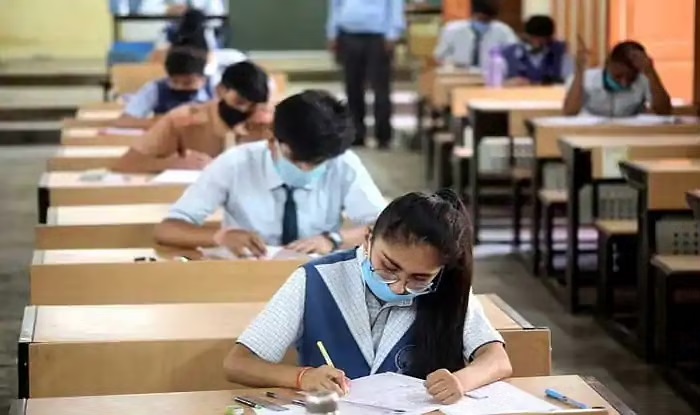 After the Central Board of Secondary Education (CBSE) cancelled its exams for class 10 and deferred those for class 12, Madhya Pradesh, Rajasthan, Himachal Pradesh and Maharashtra have also postponed their state board exams for these classes due to an alarming surge in coronavirus cases.

Meanwhile, states like West Bengal and Uttar Pradesh said they were monitoring the situation and are yet to decide whether to go ahead with the board exams.

Karnataka said it will conduct the exams as scheduled. Meghalaya too said it is ready to hold the state board exams for class 12 but will take a decision on class 10 exams after a review of the situation is completed.

The developments came as the central government announced the cancellation of class 10 exams and the postponement of class 12 exams conducted by the Central Board of Secondary Education, following a high-level meeting chaired by Prime Minister Narendra Modi.

This is the first time that the CBSE has completely cancelled the board exams and it will affect over 21 lakh students across the country.

The Council for the Indian School Certificate Examinations (CISCE), the other prominent national board besides the CBSE, said it will soon decide on conducting class 10 and 12 board exams.

Its class 10 exams are scheduled to begin from May 5 while class 12 exams have already begun from April 8.

The board exams last year had been cancelled because of the coronavirus pandemic. Students were evaluated based on internal assessment.

The Himachal Pradesh government postponed the ongoing state board exams for classes 10 and 12 in the wake of the rising COVID-19 cases, state education secretary Rajeev Sharma said.

The situation will be reviewed at the government level on May 1 and further directions will be issued accordingly, he said.

The Maharashtra government had on Monday postponed the state board exams of Classes 10 and 12, which were scheduled to be held later this month.

The state government would study and discuss the CBSE's move of cancelling its Class 10 exam before taking any such decision for the state education board exams, minister Varsha Gaikwad said on Wednesday.

The Madhya Pradesh Board of Secondary Education announced the postponement of the examinations of classes 10 and 12.

The exams of the high school, higher secondary and diploma in pre-school education (vocational course) were scheduled to begin from April 30 and May 1.

The exams are likely to be conducted from the first week of June and the board will soon issue a new amended schedule, a spokesperson of the state board said.

The Rajasthan government also decided to postpone the state education board examinations for classes 10 and 12. The decision was taken by Chief Minister Ashok Gehlot after discussions with Education Minister Govind Singh Dotasra because of the second wave of coronavirus infection, the state government said in a statement.

Chhattisgarh government had earlier put off class 10 exams which were scheduled to begin on April 15.

Tamil Nadu too had in February cancelled class 10 exams.

Meghalaya Deputy Chief Minister Prestone Tynsong said the state board will hold class 12 examinations as per schedule with utmost precaution to prevent the spread of COVID-19 The state government has urged parents not to panic and to allow students to appear for the examinations scheduled to begin on April 16, he said.

He said the state government is waiting for an update of the review conducted by Additional Chief Secretary D P Wahlang, in charge of education, for holding class 10 examinations.

West Bengal Education Minister Partha Chatterjee said an appropriate decision will be taken giving priority to the health of students. The exams are scheduled to start in June.

Karnataka State Primary and Secondary Education Minister S Suresh Kumar said the state government has not taken any decision on cancelling the state board class 10 exams. In a statement, he said no decision like the CBSE has been taken.

However, keeping in view the situation in the future, an an appropriate decision would be taken, the Minister was quoted as saying in the statement.

Karnataka was among the few states, which had last year successfully conducted the 10th class and second-year pre- university exams even when the coronavirus cases were at it peak.

UP Deputy Chief Minister Dinesh Sharma, who also holds the portfolio of secondary education, indicated that the state is yet to decide whether it will go ahead with the board exams scheduled from May 8.

"For the conduct of board examinations, there are 19 officials, of which 17 are infected with COVID, and are in hospital.

"As soon as they recover from the illness, we will hold consultations, and also speak to the chief minister. Then we will be able to say anything in the context of exams beginning on May 8," Sharma said.

The CBSE said it will review the situation on June 1 for holding class 12 exams, while the result for class 10 will be declared on basis of objective criteria to be decided by the board.

The exams were scheduled to begin from May 4.

India is seeing a resurgence of COVID-19 positive cases in 16 states. The total number of active cases in India has increased to 13,65,704.

Maharashtra alone accounts for 43.54 percent of the total number of active cases of the country.

Schools have been again shut down in 11 states due to the latest wave of infection.

"Unlike state boards, CBSE has an all-India character, and therefore, it is essential to hold exams simultaneously throughout the country.

"Looking to the present situation of the pandemic and school closures, and also taking into account the safety and well-being of the students, the crucial decisions have been taken," an official of the Union Education Ministry said.

Several opposition leaders and a section of students and parents had been demanding that 'offline' board exams be cancelled due to the worsening pandemic situation.