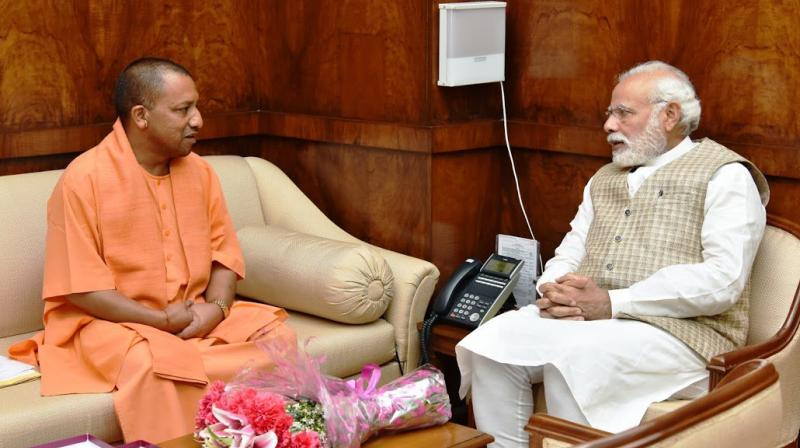 The hour-long meeting between the two leaders was held at Parliament House.

Precise details of what they discussed were not known but informed sources told IANS that both leaders discussed development related issues.

During his meeting with Shah, Adityanath is likely to discuss portfolio distribution in his ministry.

Adityanath was sworn in as Chief Minister of Uttar Pradesh on Sunday after the Bharatiya Janata Party was swept to power in the state.