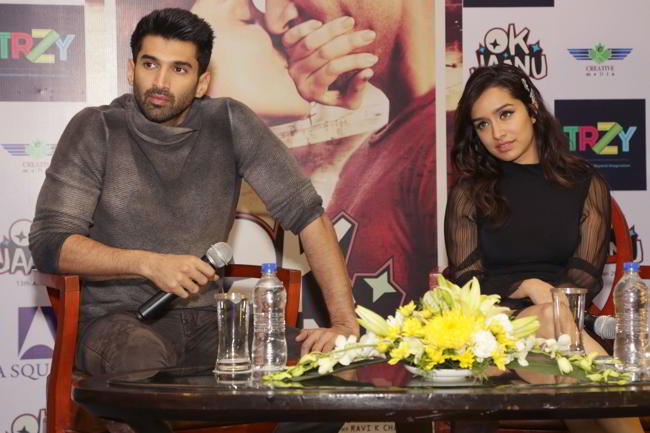 Actors Aditya Roy Kapoor and Shraddha Kapoor say they are open to the idea of live-in relationships, but with the right person at the right time.

Aditya and Shraddha were here on Wednesday to promote their forthcoming film “OK Jaanu” directed by Shaad Ali. The film is about a couple living in together. Asked about her opinion on the concept, Shraddha said: “I am open minded (to the idea of a live-in) but I think it will be a little difficult because I stay with my parents… But it also depends on if I get that partner with whom I feel like living-in and if there’s a future… then I am open to the idea.” Aditya, who will be seen sharing screen space with Shraddha for the second time after “Aashiqui 2”, added: “I am definitely open about it too… I have never been in an live-in relationship before. But it should be with the right person and at the right time. Also, I wouldn’t want to do something my parents aren’t happy with.” The film, which is a Hindi remake of Mani Ratnam’s “O Kadhal Kanmani”, is slated to release on Friday.