Connect Gujarat
#Beyond Just News
More
Home Lifestyle Entertainment Being an actress, I can be anybody: Priyanka Chopra 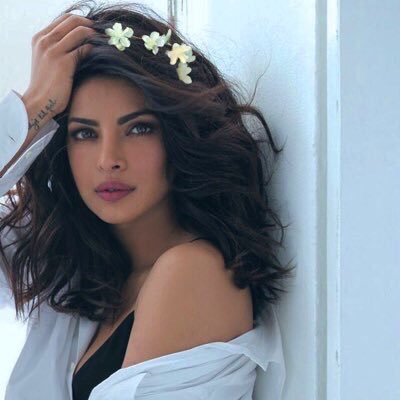 The former beauty queen and Bollywood actress Priyanka Chopra says her favourite part about her profession is that it gives her the liberty to play myriad characters.

Today Priyanka Chopra was at the twitter headquarter in San Fransisco, did a video chat with her fans.

Another fan asked what’s the one thing she always needs on the sets.

She said: “One thing I always need on set is my phone, otherwise how will I tweet you guys… That’s very essential.”

The actress was also asked about her American drama TV series “Quantico”, which helped her gain international recognition. A fan asked about how much of the storyline is revealed to her at the beginning of each session.

So, Priyanka who plays Alex Parrish in the show, shared: “Not really too much. As I just really want to find out when Alex finds out. So I insist on finding out too much, but I find out like two episodes before the one we are going to shoot.”

In the new season of “Quantico”, Priyanka will portray CIA agent Alex Parrish. In the first season, she played an FBI recruit.

Priyanka will also be seen as a guest judge for season 15 of American TV series “Project Runway”, hosted by supermodel Heidi Klum.

Priyanka will join the series as one of the few guest judges on the show, which will air from September. The show focuses on budding designers who are given an opportunity to create a collection for New York Fashion Week.

She has essayed a negative role in “Baywatch”  the big screen version of the globally popular TV series featuring Dwayne Johnson and Zac Efron.