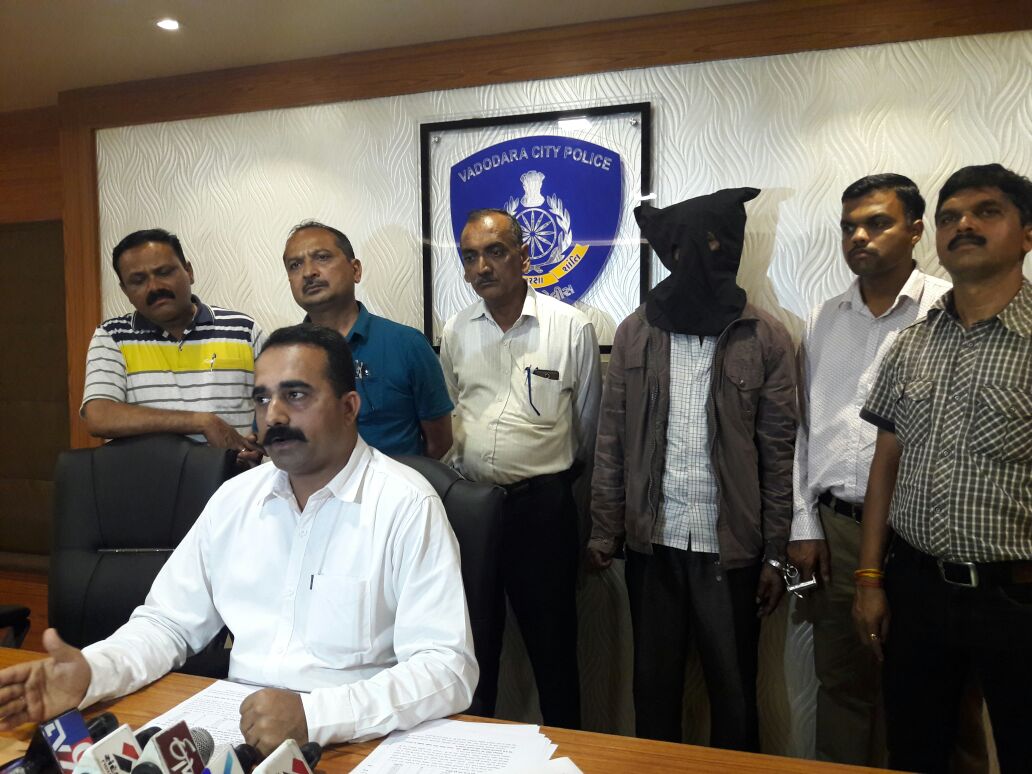 On 16th February the SOG PI H.M. Vyas and his staff are on patrolling when they received the input about some unknown person of age 45 to 50 wearing small check shirt, black pant and jacket moving suspiciously in the Khanderao market area. The accused was trying to use the duplicate currency of 2000 rupee note in the market. The team reached the spot and kept a watch there to nab the accused. After sometime they caught the accused near Gurudwara Crossroads near the Khanderao market and while questioning he said his name as Muslim Sheikh from Malda West Bengal. Police recovered 42 notes of 2000 from him which he trying to use inside the market.

During Interrogation the police found that the accused has the Modus operandi of purchasing the daily use items of 100, 150 and 200 rupees and also pretending to get the change of 2000 rupees and collecting the real currency from the market. According to the police the accused is running the FICN (Duplicate currency) racket and they registered the matter and further investigating about the links and getting into the roots of the racket. The police also recover 7440 real currency from him which he collected by using the duplicate currency. The police also request the people to contact them if they were duped by the accused.