Connect Gujarat
#Beyond Just News
More
Home Gujarat Accused involved in over house break ins in Vadodara and other cities... 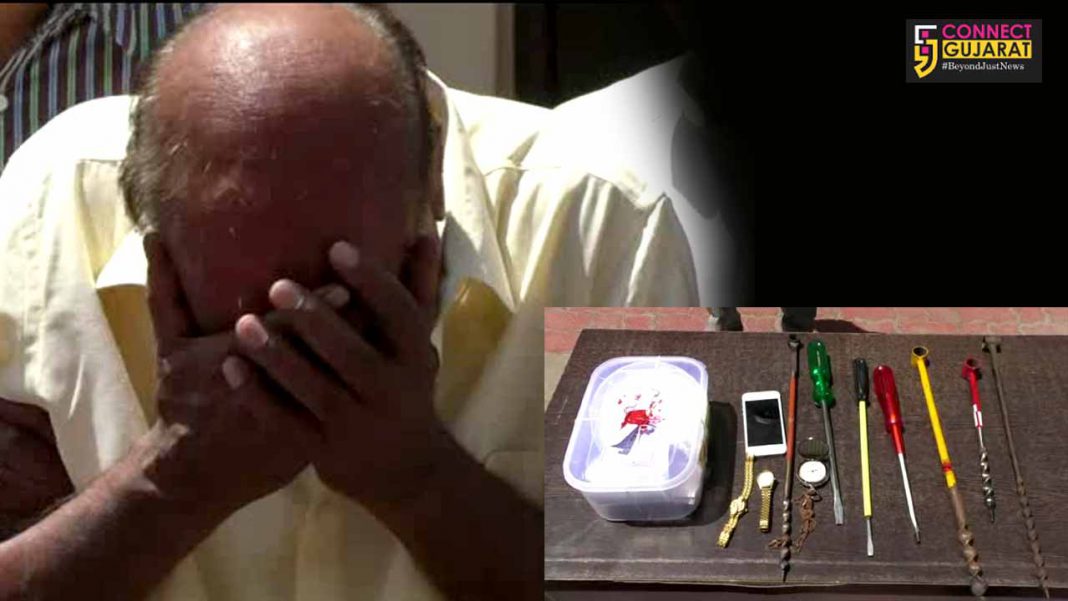 Vadodara crime branch arrested a habitual accused involved in over more than 100 house break in incidents. The accused Ramesh Sharma was involved in the crime for the last 25 years and used the money in enjoyment at bars in Mumbai.

Based on the prior information the police arrested the accused Ramesh Vandela (Sharma) originally from Madhya Pradesh and presently residing in Shreeji Apartment in Mehsananagar near Nizampura in suspicious state. The team checked his bag and found one I phone, Three Screwdrivers, torch, clocks and other things which increase suspicion in the minds. As all the things are using in house breaking the team deeply interrogate him and he accepted to be caught by the JP police two years ago and involved in various house breaking incidents in the last one year. He said to be targeted the locked houses and opened the window grills and opened the locks inside and involved in around 10 cases of theft.

During further investigation he said to be involved in various house break in incidents in different areas of the city and took jewellery, silver utensils, I phone and other things. Police recovered around 51450 worth things from the accused during investigation.

The accused Ramesh Sharma originally from Ratlam MP and came here in Vadodara for work and involved in first house break  in incident 25 years ago. As he was well aware of fabrication work he easily opened the window grills of the closed houses and decamp with the jewelleries and other valuable items.

Further investigation revealed that he was involved in the other cities of Gujarat like Ahmedabad and Surat in the same offences and caught by the police in around 70 cases of house break ins. Due to his involvement in such crime his wife and daughters left him and lives separately for around 17 years. He was also send to PASA for two times and involved in various house break in different areas of the city and caught by the police many times.

He was wanted in Karelibaug police station and used the money in Mumbai bars for his enjoyment. He also gifted the valuable items and dollars to the waiters and other persons working inside the bars. He sold the jewellery in Ratlam earlier but as police recovered the items from there he changed the destination to Mumbai and sold it there in various showrooms. The police are further investigating into the matter and are in the process to recover the item he sold off.