Home > Gujarat > Accident between police PCR and tempo in Vadodara 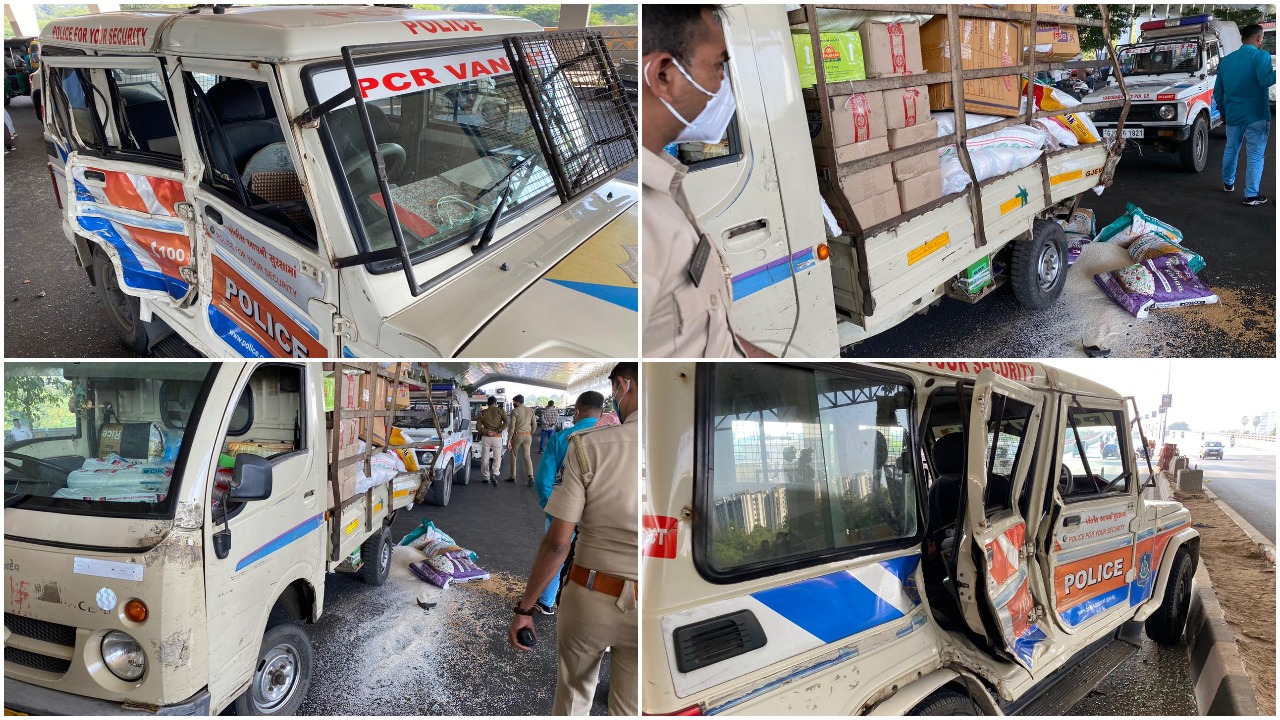 An accident took place in Vadodara when a police PCR van dashed a tempo from behind under the solar panel of the Akota Dandiabazar Bridge. No injuries reported in the incident as Raopura police reached the spot and further investigate.

As per available details of the incident, the tempo driver was carrying grain and groceries from Hathikhana to Atladara through Akota Dandiyabazar Bridge under the solar panel. Meanwhile he parked the tempo after it broke down and put the side lights on.

In the meantime a PCR of the Raopura police station collided with the tempo from behind, causing the grain-groceries placed in the tempo to fall down. The accident cause extensive damage to the tempo and the PCR van.

No one was injured in the incident. Raopura police immediately rushed to the spot and settled the case and took further action.