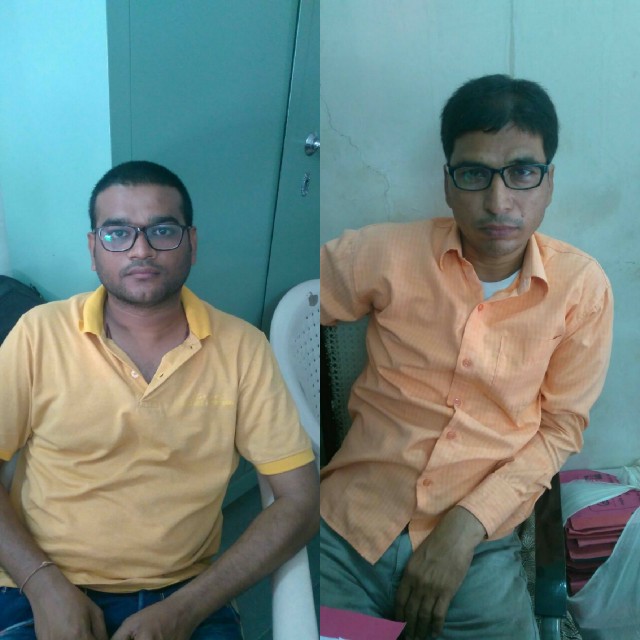 Both the accused working in the Garudeshwar Taluka Panchayat TDO office and asked for money from the complainant. The complainant present bill of 1.06lakh bill for his work in Fulwadi village under NAREGA Yojna. The accused demand bribe of 26000 from him to pass the bill and deal was fixed.

However the complainant approached the ACB and give pre recording of both the accused to them. The team then laid a trap and caught the accused with the bribe money from inside their office. The police recovered 9000 from Mukesh Patel and 17,000 from Pragnesh Patel. They used audio video recording in the trap and caught both of them at 12.06 pm.