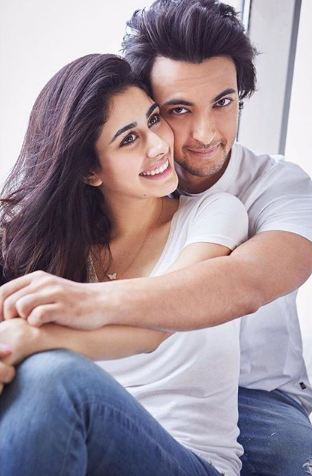 The film is based on the back drop of Gujarat. It is a romantic drama which starts from the auspicious occasion of Navratri. The lead pair Aayush Sharma and Warina Hussain starts their bollywood innings with this film. Both of them sweat it out for their first film and often seen hit the gym and dance classes.

The recently release poster of the film Aayush and Warina was seen with Dandiya and was loved by the fans.

The film is written by Niren Bhatt famous Gujarati writer based in Mumbai. The film will release on 5th October 2018 in cinemas.