Megastar Aamir Khan is enjoying his stay in Vadodara and felt nostalgic about the city. Remembering the childhood days he shared very old association with the city. Comes here to promote his upcoming film Secret Superstar he also talked about his dream project to make Mahabharata.

After enjoyed the Navratri last Sunday night Aamir Khan reached the Eva Mall at Manjalpur area of Vadodara city to interact with the media persons. He said it’s a very emotional moment for him to visit the city again.

“It’s been a long association with the city as I came here with my father when I was a child. He produced a Gujarati film Janm Janm Ka Saathi which was a bilingual film. He also produced one more film Khoon Ki Pukar which he shot in the locations of Saputara and Jambughoda. I remember my stay here and now once again I am here to promote my film shot in the city of Baroda,” said Aamir Khan. He also added that a local boy Tirth is playing the lead role and he was surprise to see such young talent. He always believe in giving chance to such upcoming talents in his films. 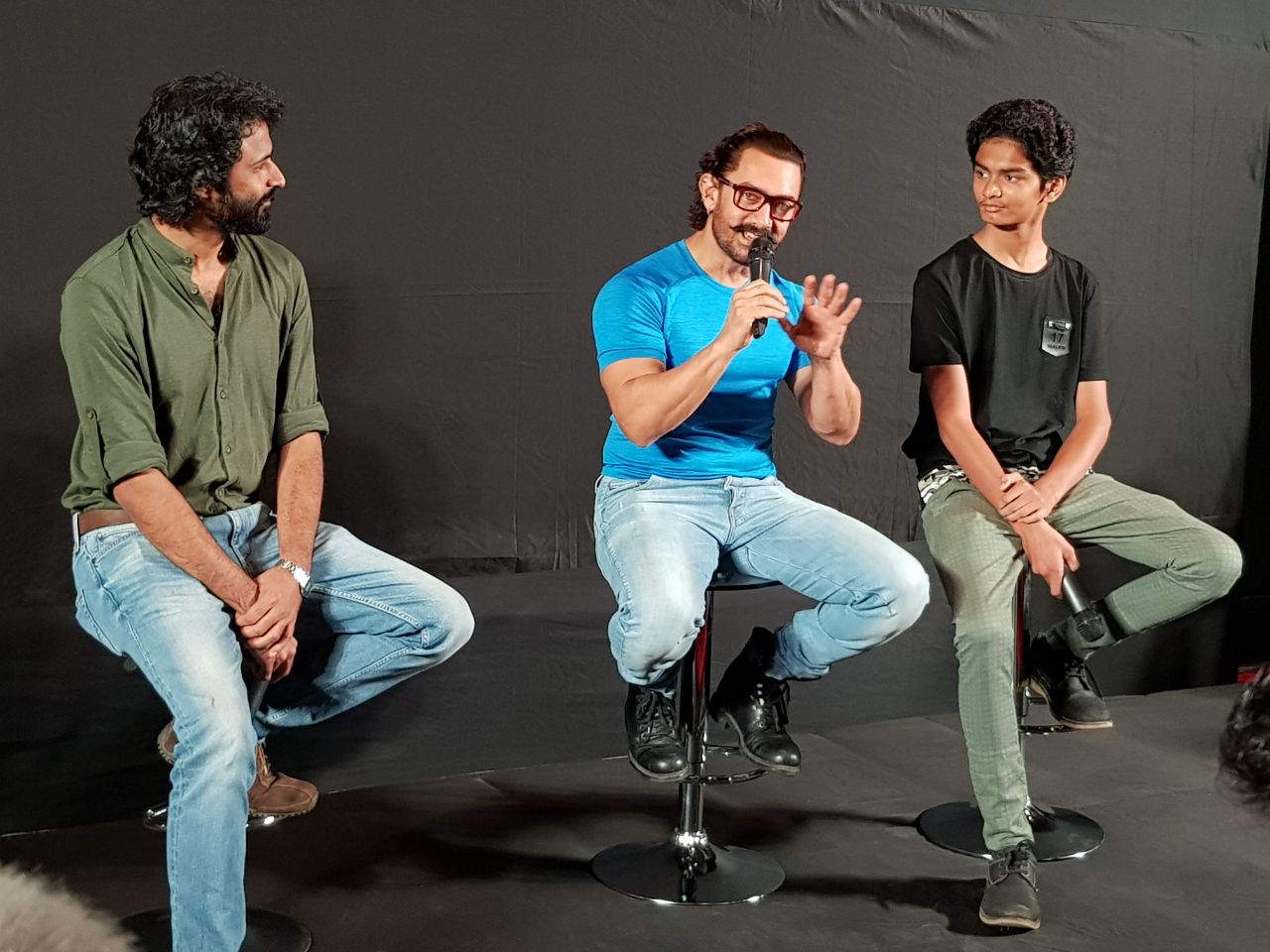 Speaking more about the city he said that the time is perfect as he always want to see the famous navratri festival here and he also talked to his team to plan the things accordingly. “I saw navratri in Mumbai but there the crowd is small but here it was amazing experience to see such a big crowd dance to the garba tunes. I request the garba organisers about my eagerness to visit a venue and they are kind enough to allow me. It was mesmerizing magical experience to see the atmosphere inside the ground,” said Khan.

Talking about the promotions of today’s films he said the good publicity and very good publicity destroys a good film and he totally agree about the audience get their money back if they don’t get what they want o see. “I always believe in creative work and don’t believe in giving interviews. I want the audience to experience the purity of the film and decide. I also propose for making economical theatres where the common man can watch the film,” said Aamir Khan.

Talking about targeting on the social media he said simply avoid the person is the solution of that. “Earlier there was no internet and since then the film exsisted but now after the social media came everyone has a voice now. They simply create fake id’s and troll people hiding their identity. However I go with the simple policy of avoiding such persons and don’t even see the negative messages on my social media accounts,” said Aamir Khan.

Finally about his dream project he said that he wants to make Mahabharata. “I always want to make Mahabharata but I fear as for me I need another 15 to 20 years to make it. The first five year will go for research and after that the other things. All the characters in Mahabharata is such that everyone has its own aura and when you want to present them it has to be perfect. I personally like Karna but due to his height and physique I am not fit in his role. So personally I wan to play the role which suits me and I think Krishna is the perfect one for me. But it’s a very long thought process and always be his dream project.

About his upcoming Thugs of Hindustan he said he has the previlige to work with Amitabh Bachchan for the first time in his career and learns a lot from the legendary artist.