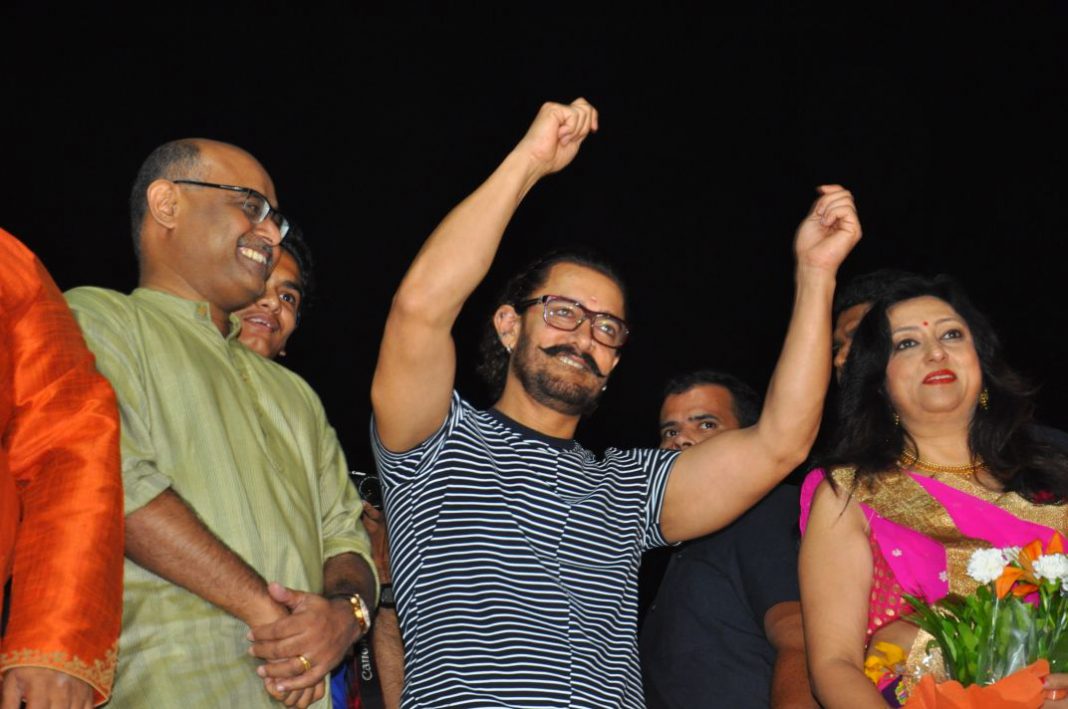 Mr perfectionist Aamir Khan enjoyed the traditional garba of Vadodara on Sunday and match steps with the revellers. He also perform aarti at the venue and give details about his upcoming film Secret Superstar.

Its a big surprise for the people of Baroda when the bollywood megastar Aamir Khan greet them from the stage at Vadodara Navratri festival inside Navlakhi ground. Dressed in stripes T-shirt and chinos he visit onstage and addressed the waiting people. At one time the revellers stopped playing garba to have a glimpse of him.

The superstar also not disappoint them and went to the stage and waved from there. He shared his memories with Gujarat with the people as he started his career from a Gujarati drama. He said it’s always good to be here and the crowd in Vadodara is amazing.

He also shared little details about his upcoming project Secret Superstar and starts the promotion from Vadodara. The film is a teenagers love story shot in various locals of the city. Local Vadodara boy is also in the film.

He also dance to the tunes of garba and showers his love to all.