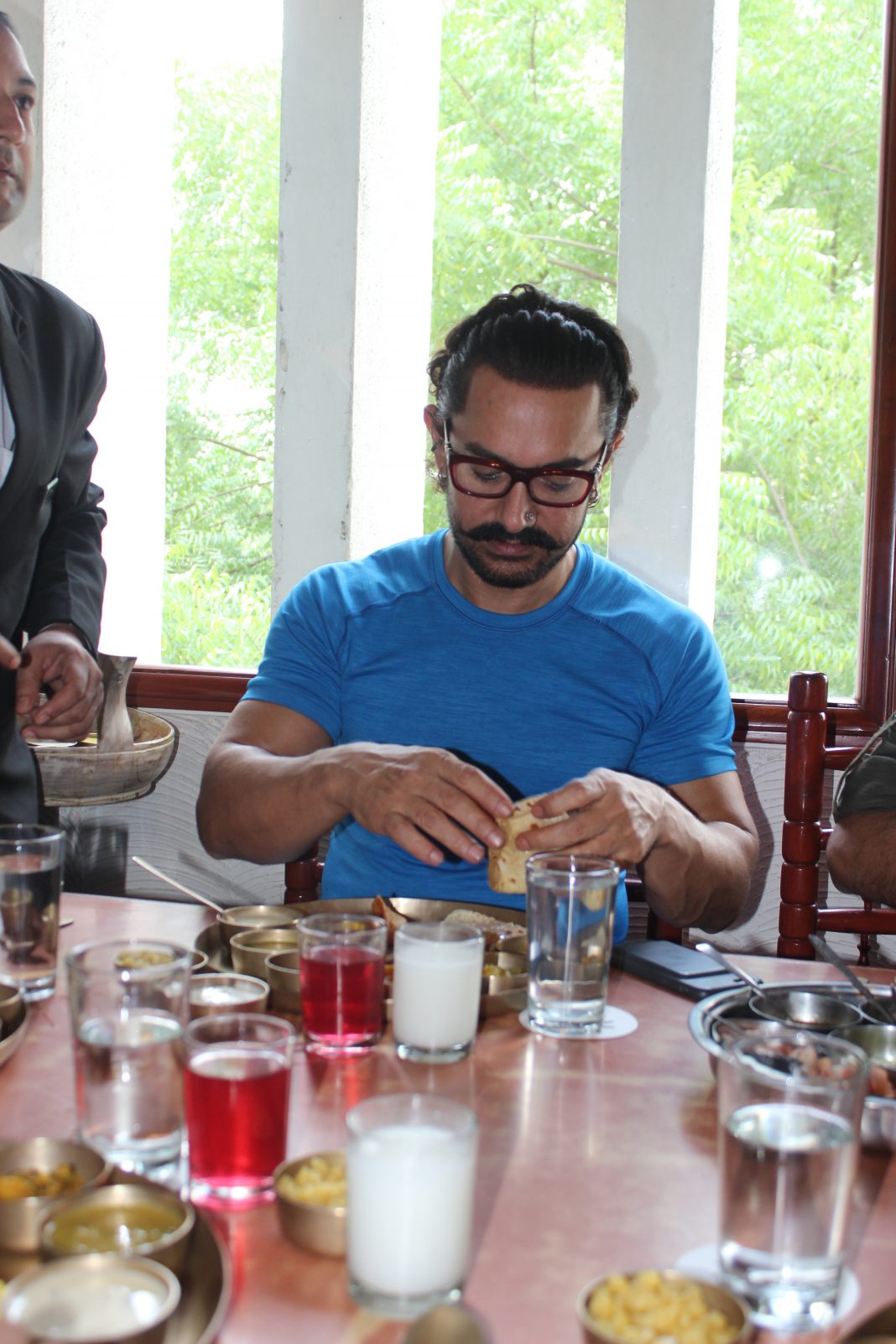 Actor Aamir Khan is busy in promotions of his upcoming film Secret Superstar and visit Vadodara to kick start the campaign from the city. He also released a song on Mondayinside a multiplex from the film.

The actor normally strictly follows his diet and daily routine. But keeping aside all the things the actor enjoyed the Gujarati food during his stay in Vadodara.

Aamir reached Mandap hotel where the chef served him he traditional Gujarati Thali and the actor enjoyed every dish one by one. Gujarati dal, Bottle gourd vegetable and Bajre ka Rotla make Aamir crazy for the food and he greet the chef of the hotel by clicked a photo with him. He appreciate the food and said that it’s the best food he ever had.

The actor also parceled the Bottle gourd vegetable and Matka Rabi for his family and enjoy the typical Gujarati taste with them.