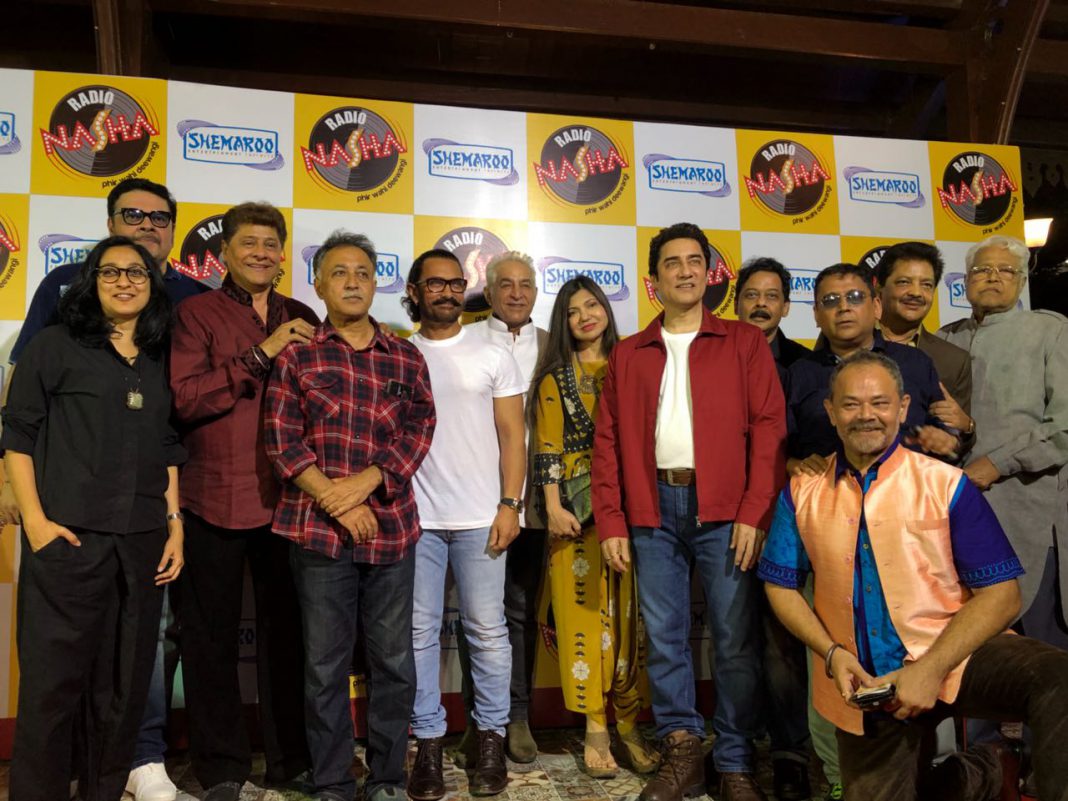 The screening of Qayamat Se Qayamat Tak was organised by a popular radio channel and was held amidst fans.

Aamir Khan graced the screening by his presence along with wife Kiran Rao and the entire cast of Qayamat se Qayamat tak.

It was a complete reunion affair for the entire cast of the film as they took the fans down the memory lane by sharing various instincts pertaining to the film.

Aamir Khan was also seen humming to the iconic number Akele hai from the film along with ace singer Udit Narayan who sung the song originally.

Director Mansoor Khan threw some light on his past experiences while working with Aamir Khan on Qayamat se Qayamat tak.

The screening was not just graced by the starcast but also a group of Taxi drivers had come specially to meet Aamir Khan and witness his debut film all over again on the big screen.

Aamir Khan was quite overwhelmed looking at the response he has garnered over the years as he also shared few of his experiences.

The actor took off time from his busy schedule and attended the screening.

On the work front, Aamir Khan is currently busy sbooting for Thugs of Hindustan.