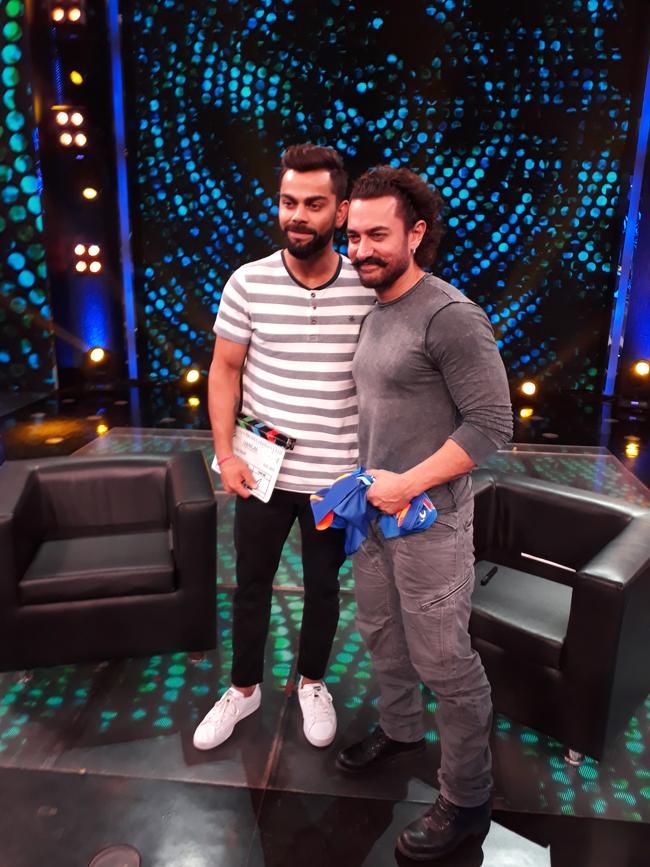 Two of the well known personalities Aamir Khan and Virat Kohli come together in a Diwali special chat show. Aamir specially came to India from Singapore for the special chat show. This is for the first time that fans witness both stalwarts on one stage.

Both the stars shared good time during the shooting of the special show. Aamir Khan presented a clapboard to Virat Kohli as memorabilia. Less people knew that Aamir has a passion of collecting Clapboards from his films. As a return gift Virat Kohli gifted him a team India t shirt. 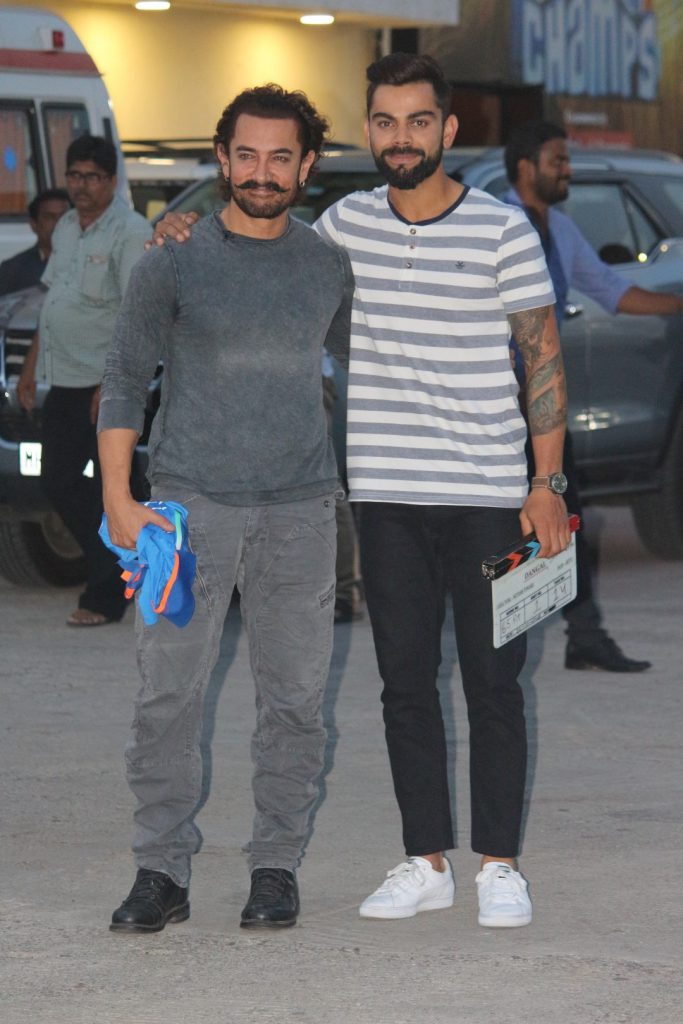 Aamir’s son Azad Khan also was there in the ceremony who is a big fan of Virat Kohli. Azad was very excited after he met his cricket hero and his happiness was unmatched after Virat also gifted him his signature bat.

The show will telecast during Diwali on television which is one of the part of film campaign.