Connect Gujarat
#Beyond Just News
More
Home Gujarat A tribute to armed forces this diwali by Sahaj Rangoli group in... 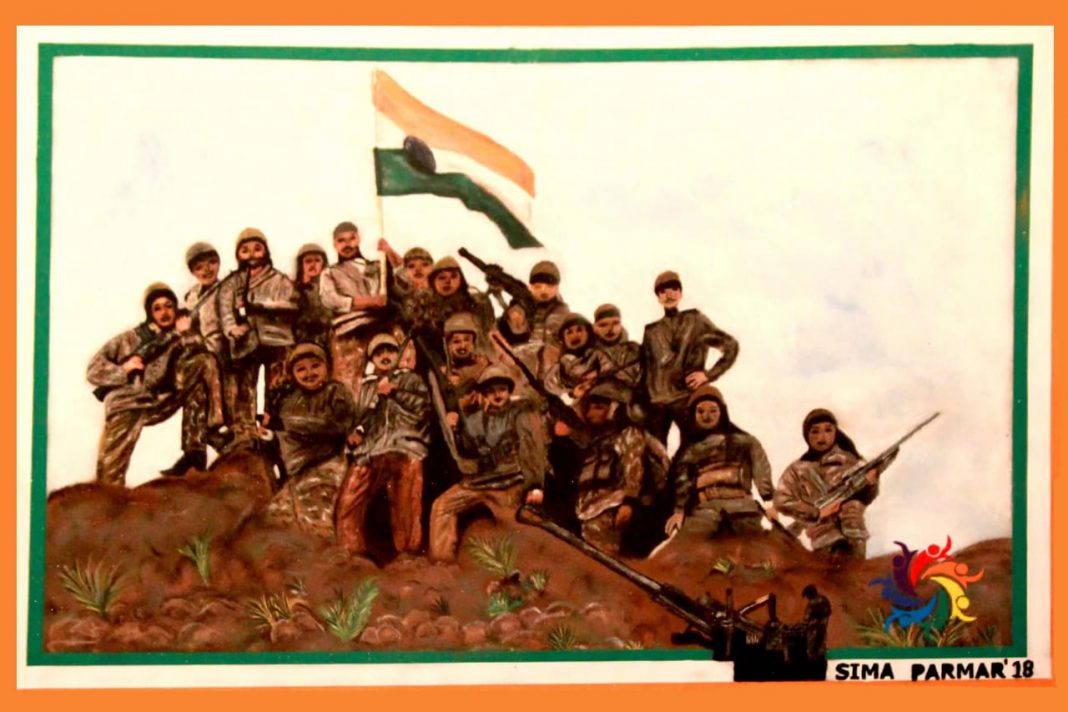 Sahaj Rangoli group this year chose the theme of Armed forces in their Rangoli and give tribute to the jawans guarding our borders to maintain peace in the country. The group prepare rangolis on various subjects which became milestone in the history of defence in India.

Every year various rangoli groups displays their work at various places across the city taking different subjects. Sahaj group this year decide to dedicate their work to all the three wings of armed forces. Taking the theme ‘Aman Ke Farishte’ they prepare ragolis on some of the historical moments in the Indian history.

To start with one of the attractions this year is the surrender document signing by Pakistan before Indian Army after the Indo Pak war. Moving forward the artists prepare rangolis on surgical strike, Pokharan test, Kargil war, Jawan at Siachen glacier, human bridge to help people in calamities, capturing the American tank in 1965 war, India Gate and others.

“Total 13 rangolis are on display at the Iskon temple in the city where we dedicate our work to the armed forces. The aim is to inculcate the feeling of love for nation and our forces in people. We took various topics which became important milestones in Indian defence history and displays them through rangolis. Its our tribute to the armed forces who relentlessly guarding our borders to ensure our security and peace,” said Kamlesh Vyas founder and artist Sahaj Rangoli group.

CBSE class 10, 12 board exam schedule to be out on 2 February