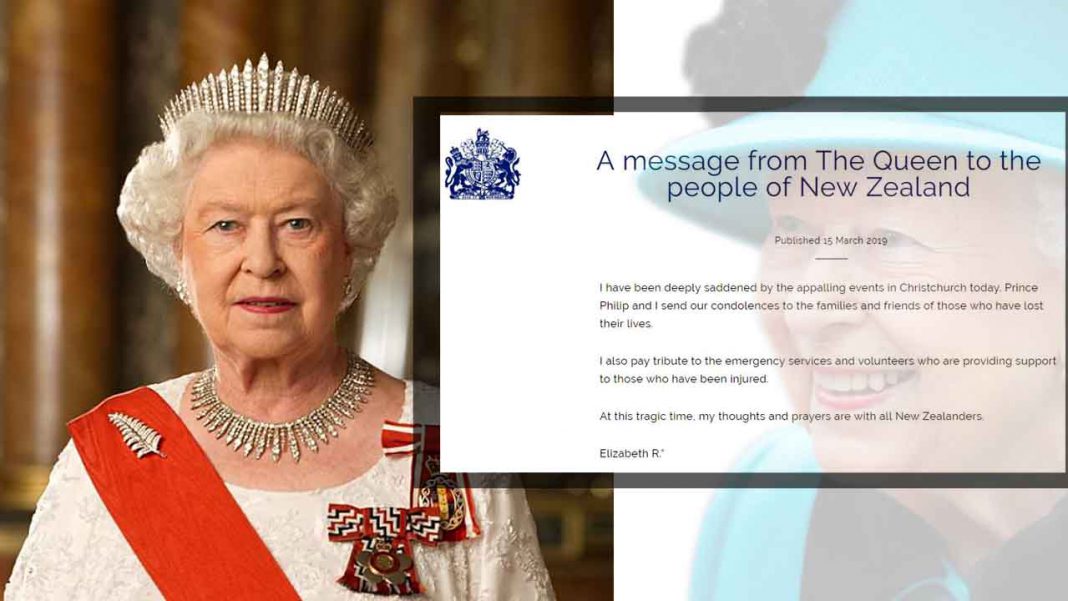 The Queen Elizabeth has sent a message to the people of New Zealand following a terrorist attack which killed dozens of people.

In her message, Her Majesty said that she and Prince Philip are saddened and appalled by the event in Christchurch which has claimed the lives of 49 people.

The Queen said “I have been deeply saddened by the appalling events in Christchurch today. Prince Philip and I send our condolences to the families and friends of those who have lost their lives”.

The Queen also said that I also pay tribute to the emergency services and volunteers who are providing support to those who have been injured. At this tragic time, my thoughts and prayers are with all New Zealanders.

Acccording to the sources a terrific man has been charged with murder and will appear in court on Saturday morning.