Connect Gujarat
#Beyond Just News
More
Home India A free spirit, a free mind, Chandrashekhar Azad was born with both 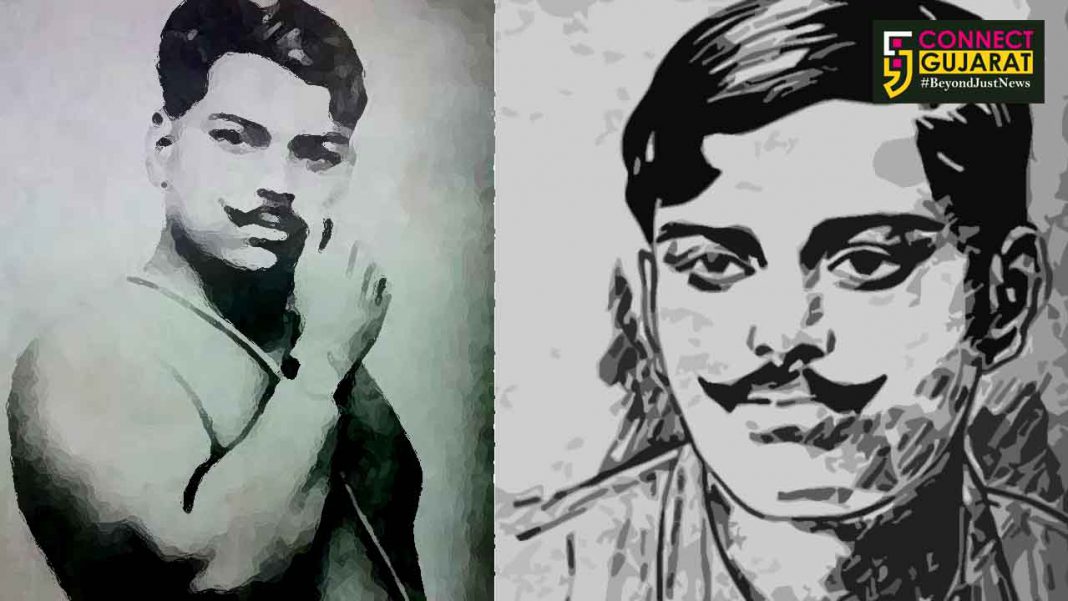 Forever synonymous with that image of a young man twirling his moustache, Chandrashekhar Azad’s legacy endures more in popular imagination and culture than any official or academic history.

As a freedom fighter, Azad died young, at the age of 24, but not before creating a stir with other revolutionaries such as Bhagat Singh, Rajguru and Sukhdev. The four men were part of the radical Hindustan Socialist Republican Army (HSRA), which had grown disillusioned with the non-violence struggle. They took to violence and were implicated in a number of incidents that targeted British interests in colonial India, most famously the killing of a police officer as retaliation for the lathi-charge that killed Lala Lajpat Rai.

In recent years, there has been a revival of their memories and acknowledgement of their roles in India’s freedom struggle. In a Mann Ki Baat last year, Prime Minister Narendra Modi hailed Azad’s contribution and described him as an inspiration to the youth of the country.

“The valour of Chandrashekhar Azad and his passion for freedom has inspired many youths,” Modi said. “Azad sacrificed his life but did not bow down before foreign rule.”

The freedom fighter was born Chandrashekhar Tiwari on 23 July 1906 in Bhambri village, Alirajpur district, in what is now Madhya Pradesh. It is believed that his mother Jagrani Devi wanted him to become a Sanskrit scholar but the Jallianwala Bagh massacre in 1919 greatly affected him and he chose to join the freedom struggle.

Legend has it that when a 15-year-old Tiwari was arrested for participation in the non-cooperation movement, and produced before a judge, he mentioned his name as Azad and his father’s as Swatantrata (Independence). That’s how, perhaps, Chandrashekhar Tiwari came to be known as Chandrashekhar Azad.

The book India’s Struggle for Independence authored by Bipan Chandra, Mridula Mukherjee, Aditya Mukherjee, K.N. Panikkar and Sucheta Mahajan, notes that Azad and other young revolutionaries like Bhagat Singh, Sukhdev and Jatin Das had all enthusiastically participated in the non-cooperation movement. But when Mahatma Gandhi abruptly called off the movement in 1922, they all became disillusioned with the national leadership and the strategy of non-violence. This paved the way for their adoption of violent methods to achieve India’s independence.