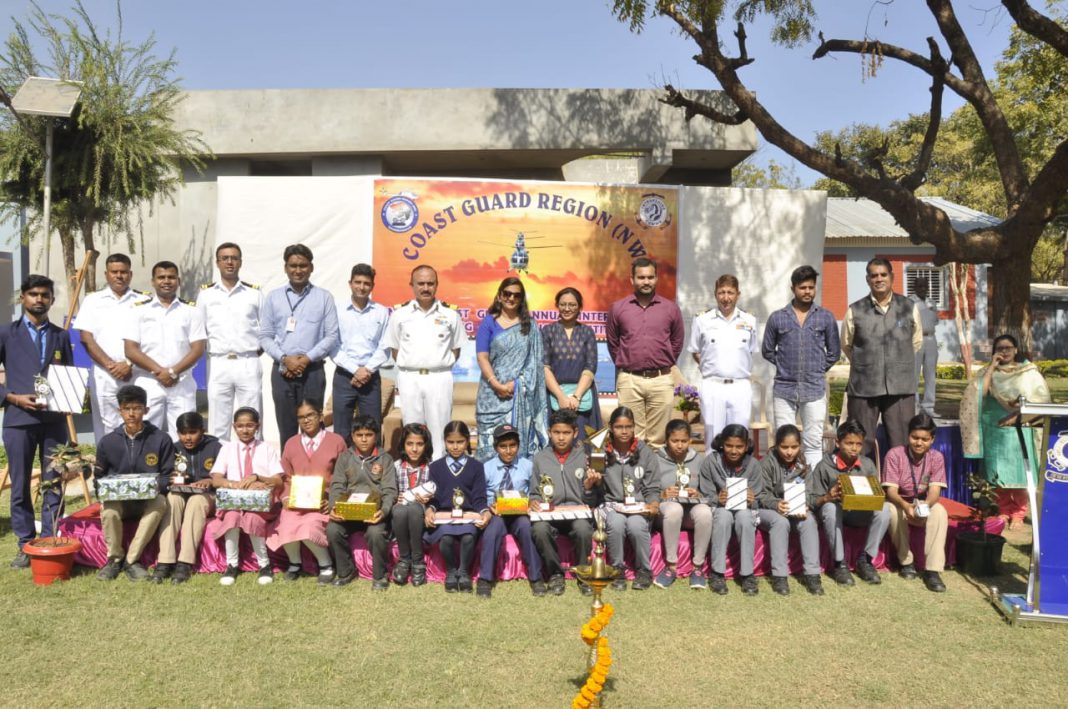 The themes for the competition were “Role of Indian Coast Guard in Nation Building” and “Vibrant Gujarat- How I see it?” for Junior and Senior categories respectively. The students expressed their feelings, creativity and ideas through their paintings.  The painting competition was followed by an insight into the life of Coast Guard personnel by showcasing a movie. 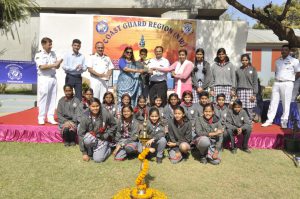 At the end best three paintings in both junior and senior categories were awarded. Kendriya Vidyalay No.2 was adjudged the overall winner for year 2019.