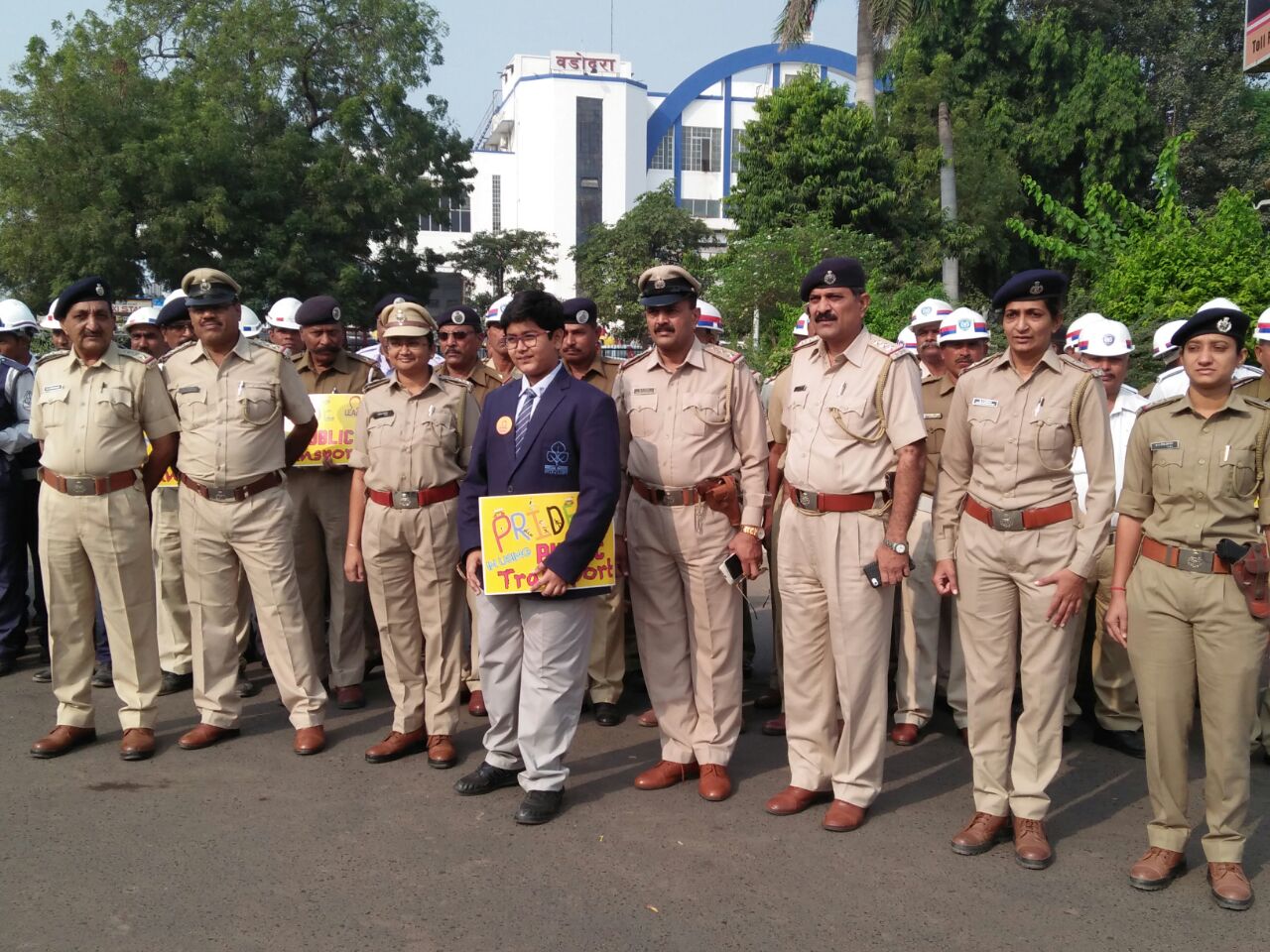 A eighth standard student in Vadodara is trying to sensitise the people to use alternate modes of transport like walking, cycling and others. The idea is to reduce traffic congestion, pollution and leads to a healthy way of living by walking and cycling towards the destination at least once in a week.

Vedant Mehta studies in 8th standard in Navrachna school and part of his project approaching the people from different walks of life to use alternate modes of transport to reach their destination. He managed to convince the police department and on Monday morning about 150 policemen walked from Kalaghoda to railway station spreading the message of walking as one of the modes of alternate transport.

In coming days more people will join him to spread the message. "As part of my school project I meet people from various professions like from police department, industrialists and commissioners from various departments and request them to use public transport mode like walking or cycle to reach their nearest destination. The idea to choose such people to spread the message to use alternate modes of transport as they are the role models for others," said Vedant.

The kid wants to sensitise people to use cycling and walking as alternate modes of transport to help themselves as well as to save the enviornment.

"In today's time we are not using public transport so often and day by day private vehicles are increasing on the roads. As people using cycles then the government also understand the importance of it. Now cars are outnumbering the cycles on roads which is not good for the future. When people use cycles more than it will decrease pollution and traffic woes. Secondly people become more healthy and socialising as when 40 to 50 people cycling alongside it creates a bonding between them," said Vedant.