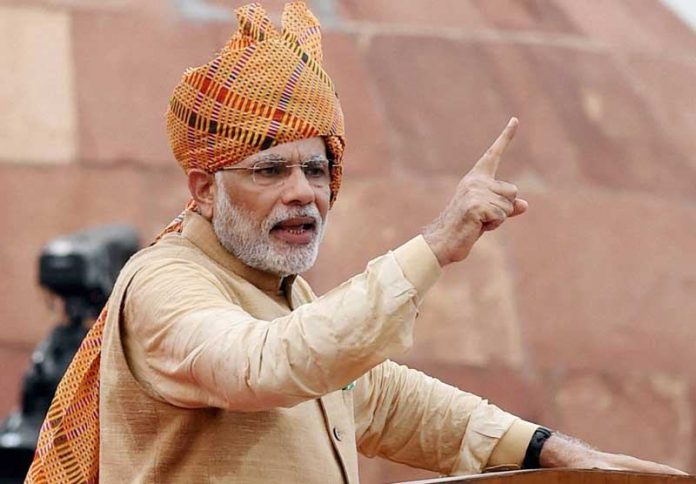 On Independence day speech on August 15,  2015 Narendra Modi made several promises  in which financial inclusion, toilets in every school, reducing LPG subsidy and electrification of villages were some of the key promises.

The previous United Progressive Alliance (UPA) government had opened more than 50 million “no-frills” accounts as they called them for the poor over five years, but most were never used, India Spend reported in October 2014.

2. Swacch Vidyalaya Abhiyan: Claim of 100 per cent separate toilets for boys & girls in all schools not true

Random checks across seven states revealed widespread infirmities, such as:

* Many schools, from urban New Delhi to backward, often remote, areas, did not have toilets. The specific claim that every school now has separate toilets for boys and girls in all schools was not true.

* Existing toilets in schools — either already built or new — do not have water or are not maintained, making them useless.

* Newly built toilets could not be used because in the rush to build them, no drainage was constructed.

* Educating children in using toilets has proved to be as important as building them. The construction of toilets has been so rushed that various stakeholders do not appear to have had time to understand the importance of the mission and implement it in full measure.

3. Give it Up: 10.4 million have given up LPG subsidy voluntarily, 1.76 million women get free gas connections

The Comptroller and Auditor General (CAG) also found systemic problems with cash transfers called Pahal of LPG subsidy, including diversion of domestic subsidy for commercial use and commercial LPG being used in homes.

The subsidy discrepancy mostly stems from a fall in the global price of LPG imported, the CAG report said.

A village being declared “electrified” does not mean a household will get electricity, FactChecker reported in November 2015.

“The first threshold for electrification should be at least 50 per centof homes in a coverage area (i.e., the majority),” according to Rahul Tongia, Fellow at Brookings Institution, and Advisor to the Smart Grid Task Force of the central government.

Actual electricity is important — and that there should be no power cuts-to achieve meaningful electrification, Tongia wrote in this column in The Hindu on October 7, 2014.

An investigation of rural electrification data by The Hindu found that the number of villages said to be electrified in the last year is exaggerated.

More recent data tabled in the parliament indicates that 3.04 million Indians have registered under APY as on July 20, 2016.

But, 5 per cent of farmers still control 32 per cent of India’s farmland and a “large” farmer in India has 45 times more land than a “marginal” farmer, IndiaSpend reported in May 2016.

8. One Rank One Pension for service personnel: Approved, but protests continue

Modi approved the OROP proposal in April 2016. It will cost the government an additional Rs 7,488 in annual pensions and Rs 10,925 crore in arrears.

As many as 1.6 million pensioners were paid their first pensions through the OROP programme; Rs 2,861 crore was spent until March 31, 2016. Certain issues and anomalies have been raised by servicemen, which a government panel is considering.