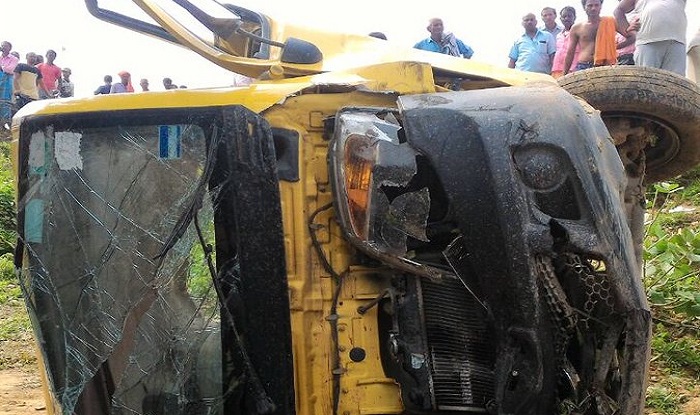 Six students and a teacher were crushed to death while two others were injured after being hit by a speeding bus on the Lucknow-Agra Expressway this morning, police said.

According to a police spokesperson, the accident took place in Tirwa area of the district at around 4.00 am.

“The accident occurred when students were filling diesel from one bus to another, and were run over by a bus, which was passing by. As of now seven person including a teacher and students have died, while two others are injured,” the police spokesperson said.

The students were from Sant Kabirnagar district and were going to Haridwar.

An UP government spokesperson said, UP Chief Minister Yogi Adityanath has condoled the death of six Basic Training Certificate students and a teacher of Prabha Devi Vidyalaya, Sant Kabirnagar in a road accident in Kannauj. He has announced a financial assistance of Rs 2 lakh for the kin of each of the deceased, and Rs 50,000 for each of the injured persons.

The chief minister has directed officials to register an FIR in the matter and proper medical treatment for the injured persons.