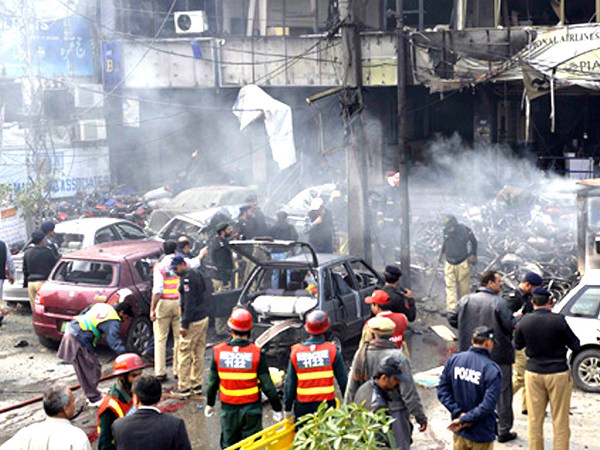 At least seven persons were killed and over 15 were injured in an explosion in a defence area of Lahore on Thursday, the local media reported.

The blast took place at Y-Block in DHA Lahore area. The bomb was placed inside a building under construction and was detonated with a timer device, according to the police.

Police officials said that some persons may still be trapped in the building, the News International reported.

The intensity of the blast shattered windows of nearby buildings. Ambulances shifted the injured to the nearby General Hospital.

The police cordoned off the area to investigate the scene of the blast at the building.