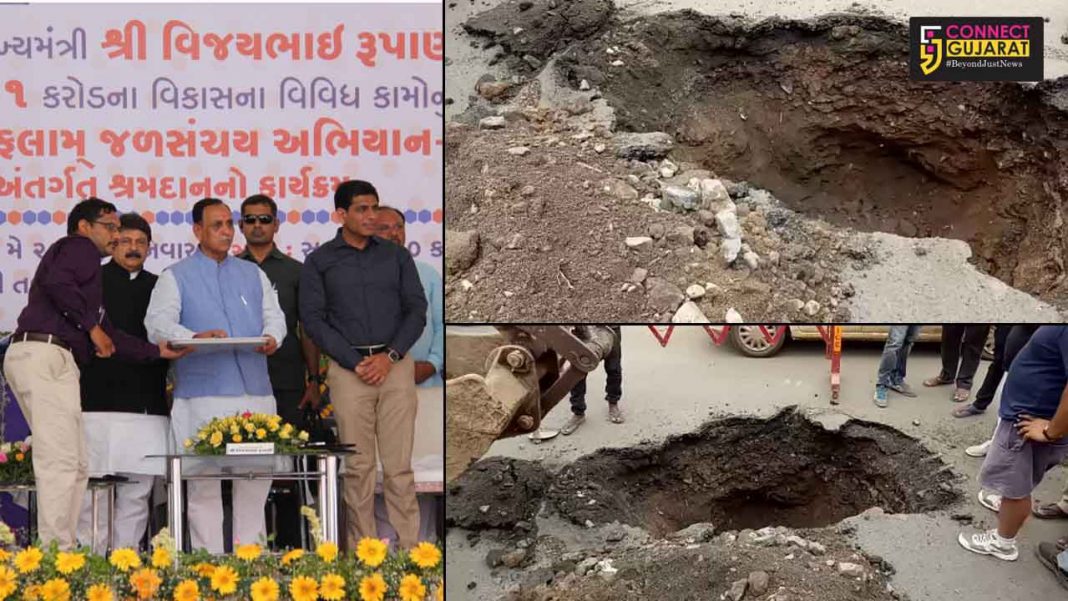 A seven foot pit on the newly inaugurated Shastri bridge put the traffic on hold in Vadodara and put the commuters in trouble. The bridge was inaugurated by Gujarat CM Vijay Rupani just two months ago and the pit raised many questions against the quality of the material used in there.

The bridge joined the Genda circle to Polytechnic college and is heavily used by the people to reach Alkapuri, Gorwa from Fatehgunj. Witnessing the heavy traffic flow the corporation built a new bridge just next to it at the cost of 30.39cr and inaugurated by the CM on 26th May 2018. The 7foot pit on the same bridge put the commuters in trouble as it leads to a heavy traffic jam towards Polytechnic College.

Such a condition of the bridge in just two months of inauguration raised many questions about the quality of the materials used by the contractor. However later the officials reached the spot and filled the pit temporarily to clear the traffic jam.