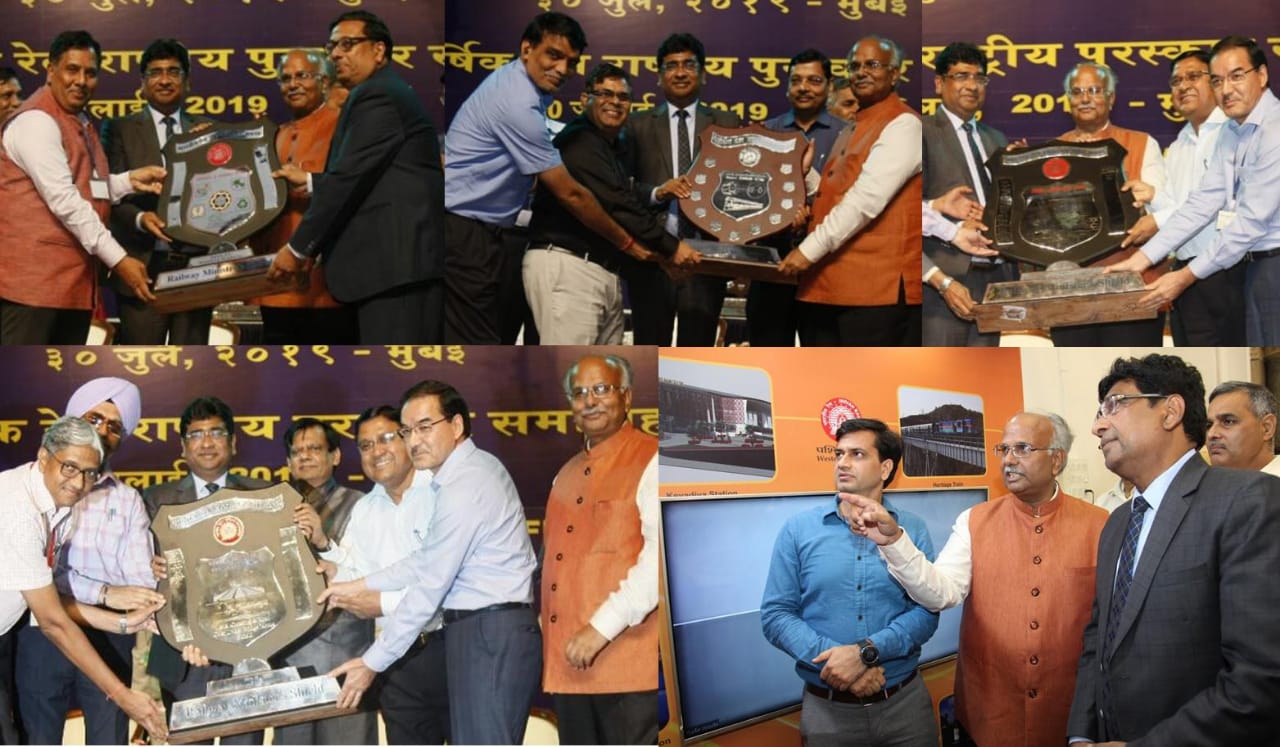 Western Railway has once again earned four prestigious shields for its meritorious work at Jamshedji Bhabha Theatre – NCPA at Mumbai during the celebrations of the 64th Annual National Railway Week. Western Railway again proves its mettle in its excellence and efficiency in work. It won shields in excellence in Environment & Cleanliness category, excellence in Sales Management, excellence in Civil Engineering and excellence in Level Crossing and Road Over/Under Bridge Safety Works.

The Environment and Cleanliness Shield has been awarded due to Western Railway’s untiring efforts in Waste Management initiatives, Water and Energy Management Initiatives, Train and Station cleanliness initiatives and others. The Sales Management Shield has been possible due to Western Railway’s efforts in the disposal of 87,500 MT of scrap which is the highest ever in a year by any Zonal Railway. The Level Crossing and Road Over/ Under Bridge Safety Works Shield has been awarded to W. Rly for the various efforts taken in the elimination of Unmanned Level Crossings, insertion of Limited Height Subways (LHS), elimination of Manned Level Crossings and others.

On this occasion, 133 individual awards were presented with commendation medals, cheques and certificates to winners from different zonal railways and production units of Indian Railways, and 20 shields were given to officers representing their respective areas and production units for their outstanding performance. Prizes for the winners of four Zonal Competitions and for ‘Overall Efficiency’ the reputed ‘Govind Vallabh Pant Shield’ were also included.