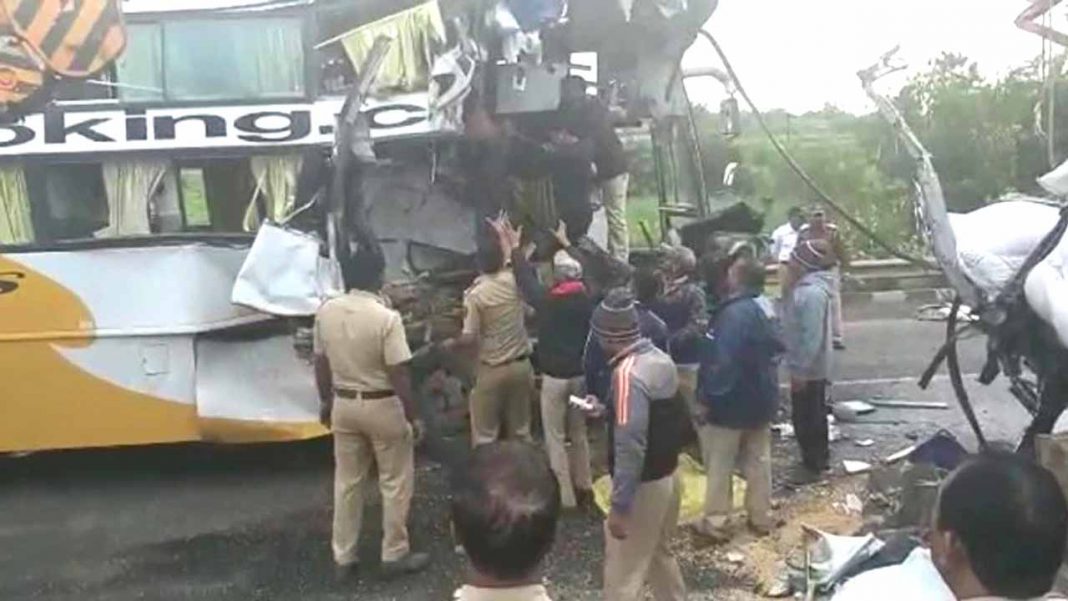 At least six people were killed and 15 others injured when a bus banged into a stationary truck in Satara district of Maharashtra on Thursday, 12 September, morning, a police official said.

The accident took place around 5:00 am near Mhasave village, located nearly 110 kms from Pune, on the Mumbai-Bengaluru National Highway No 4, the official said.On being informed about the incident, the Satara police and ambulances rushed to the spot.

“At least six people, including the bus driver, were killed and 15 others injured in the this massive incident ,” Satara’s Superintendent of Police Tejaswi Satpute said.

All the injured persons were undergoing treatment at a state-run hospital, she said, adding that the condition of three of them was reported to be serious.

As there was low visibility on the road in the early morning hours, the bus driver was apparently not able to see the stationary truck in front. As a result, the bus directly ran into it, another police official said.

A case was registered and an investigation was on to ascertain the exact cause of the accident, he added.