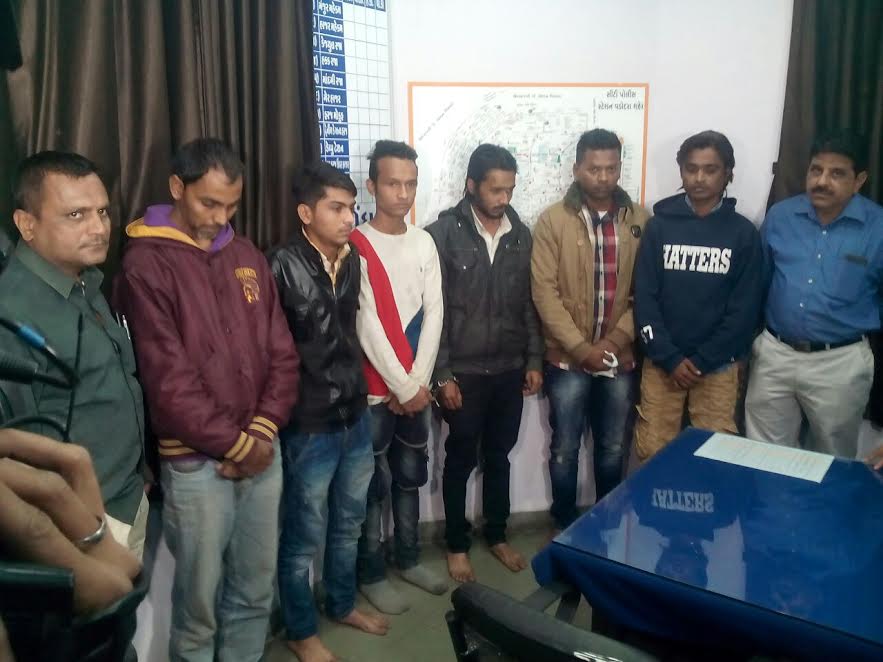 Vadodara city police arrested 6 rioters for throwing pipe bomb on DCP on Last December in Fatehpura area where two groups resorted to stone pelting and riots. The police arrested all and further investigating.

On 7th December 2016 riots broke after a heated argument over playing DJ during a marriage procession. The rioters resorted to heavy stone pelting and burnt larris and vehicles.

The police team reached the spot to control the situation and fired tear gas shells to disperse the mob. However during this time some culprits threw pipe bomb on DCP Crime Leena Patil where she got injured. Police from then are in search of the accused who threw bomb on police.

City police on investigating the case get the information about the accused who threw bomb on the DCP and arrested them. Police arrested bomb maker and thrower Irfan Mohammad Rafiq Saiyed, Mobibkhan Pathan, Abid Sheikh, Atish Sheikh, Ashraf Pathan and Sajid Sheikh and further investigating.