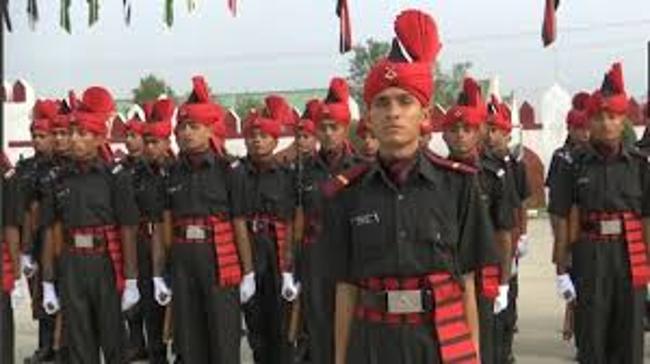 Fresh recruits for the Jammu and Kashmir Light Infantry said that, they were ready to serve the motherland and would not refrain even from sacrificing their lives in the line of duty.

As many as 575 youth, appearing from different parts of Jammu and Kashmir, on Saturday inducted in the India Army.

The new recruits for the Jammu and Kashmir Light Infantry were inducted at the passing out parade in Srinagar on Saturday.

Fresh recruits said that they were ready to serve the motherland and would not back off even from sacrificing their lives in the line of duty. They also expressed pride over the fact that they were now part of the Indian Army.

Family members of the new soldiers of the Indian Army also felt proud of their spouses for their serving to our own motherland.

Lt General Ashwini Kumar said that several recruitment drives would be conducted in the region, including that it was a sign of the changing face of Jammu and Kashmir. “The Indian Army stands with all those who want to move ahead in life,” he said.

The Jammu and Kashmir Light Infantry came into existence in 1947. The action of process of the youth into the Army comes at a time when Jammu and Kashmir is undergoing a transformation, following the suspension of Article 370, which provided special status to the region.

Pakistan-based terrorist groups like the Lashkar-e-Taiba and the Hizbul Mujahideen have, however tried to disturb harmony in the region. They have issued a letter, asking the people to quit opening their shops or going out of their homes.