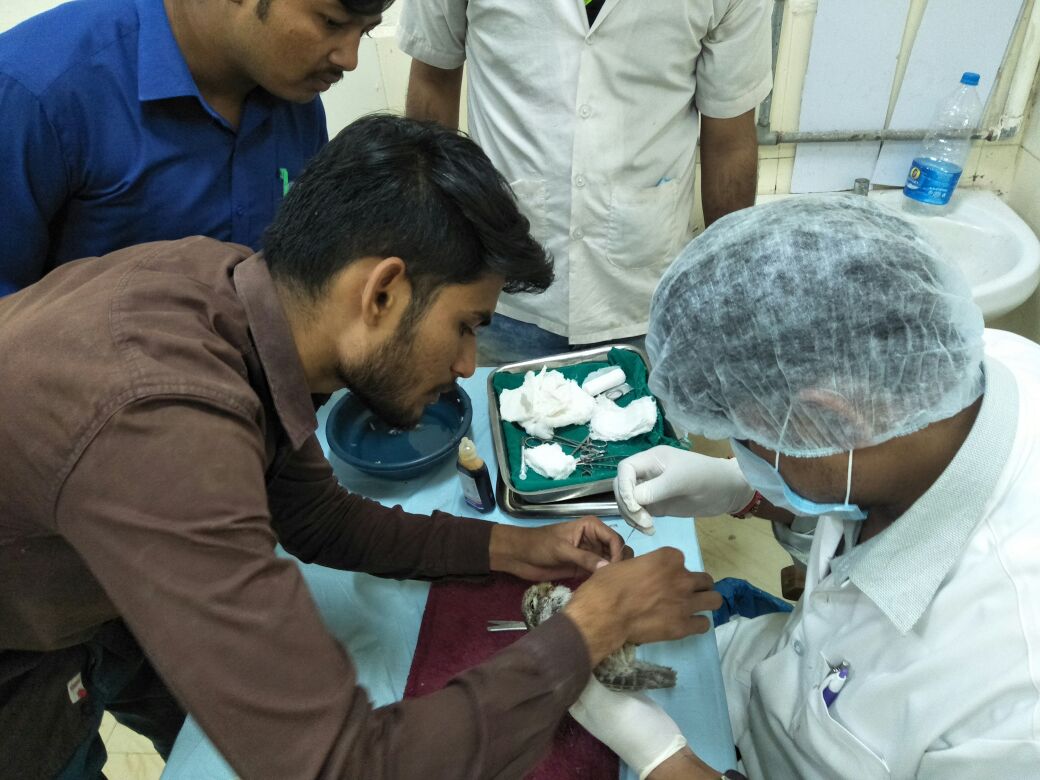 Uttarayan is one of the important festivals celebrate in Gujarat with great enthusiasm and spirit. The popularity of the festival is such that people from abroad and NRI specially come back home to celebrate it here.

However as everything has two sides the festival also has its ugly side. People enjoyed the festival flying kites far away in the sky but the strings is deadly for the birds tried to fly in between. They got tangled in the strings and when tried to free themselves get injured and sometimes died.

This year about 50 birds of different types like pigeon, parrot, owl and others get injured after came in contact with deadly kite strings. The forest department and the animal rescue organizations collectively work during this time and give treatment to the injured birds at the hospital. One owl was rescued from the bushes after it got tangled in the string. Apart from that 10 birds died in the last four days after grievously injured due to kite strings.

Forest department volunteer Bhadresh Adwani said this year the department opens two centres one at Genda circle and another one at Bhutdizampa Lal Bhavan specially for the treatment of the birds injured due to kite strings.

In the last four days 50 birds of different types get injured due to the strings and they reached the centres with the bird to treat them. They then handover them to the forest department after the first aid.

He further said the birds having cut on their feathers get stiches and vitamin bottles were put on the one with less vitamin in their bodies. 30 pigeons are injured in the last four days and they also rescued a owl from the bushes tangled in the kite string.

Many other animal lovers also run clinics simultaneously like one at Gandhinagar Gruh along with the forest department to treat birds with kite string injuries.