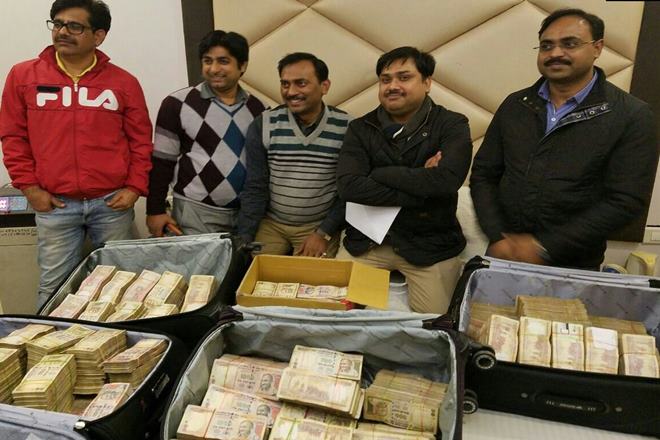 The police said the joint raid was conducted at Hotel Taksh Inn of Karol Bagh on Tuesday late night, following a tip off.

Interrogation has revealed that the money recovered belonged to Mumbai hawala operators, who had hired ‘special’ packaging agents to pass through airport security with the cash.

“The Income Tax Department officers seized Rs 3.25 crore. The amount recovered was kept in various suitcases and car board boxes which had all demonetised notes,” Joint Commissioner of Police (JCP) of Crime Branch Ravindra Yadav said.

“They had hired packaging specialists who pack these notes in such a manner that it is undetectable by airport scanning machines. The experts in packaging use some tapes and wires which passes through X-ray,” Ravindra Yadav said.

The IT department was analyzing the mobile details which allegedly contain details of other hawala operators.

The arrested were identified as Ansari Abuzar, Fazal Khan, and Ansari Affan from Mumbai; and Ladu Ram and Mahaveer Singh from Rajasthan.