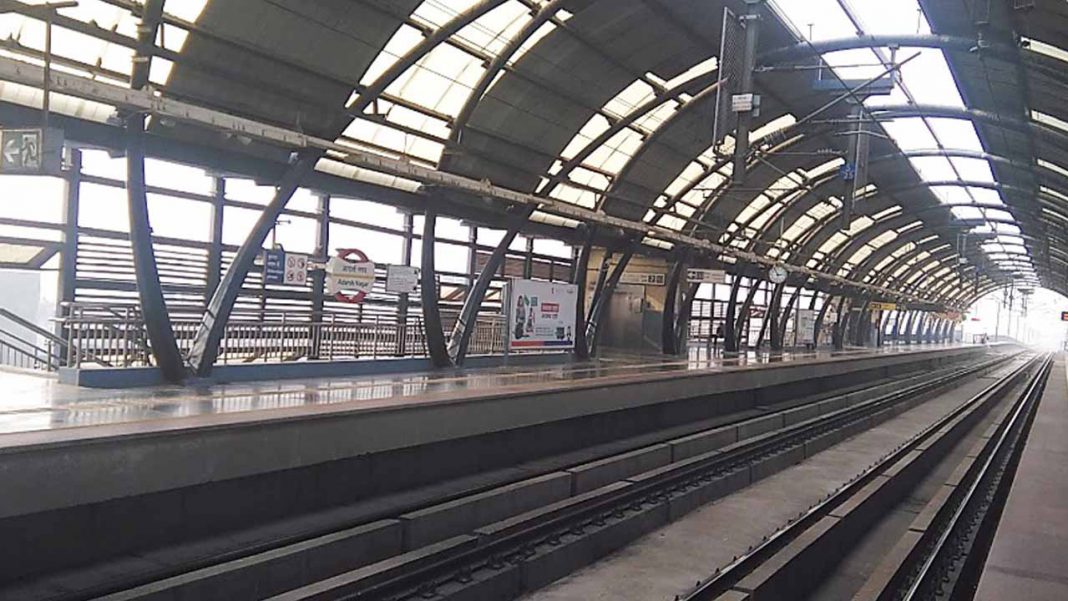 Another incident of suicide on tracks of Delhi Metro, Azadpur Metro police station on Wednesday(Today) received information at 3:00 PM that an unknown person has jumped in front of a metro train at Adarsh Nagar Metro Station.

Police said that this man, aged around 40 years, committed suicide by jumping in front of a running Metro train at Platform No 1 of Adarsh Nagar Metro Station. The victim died on the spot and police have not recovered any identification documents from his body.

No suicide note has been recovered so far and policemen are making efforts to identify this man.  This is the fifth case of suicide on metro tracks in the last 10 days.

It is to be noted that Delhi Metro on Monday tweeted an appeal following a queue of suicides in the last week. In its appeal, Delhi Metro has said that people do have bad days but it is important to ask for help to tide over your problems and never give up.